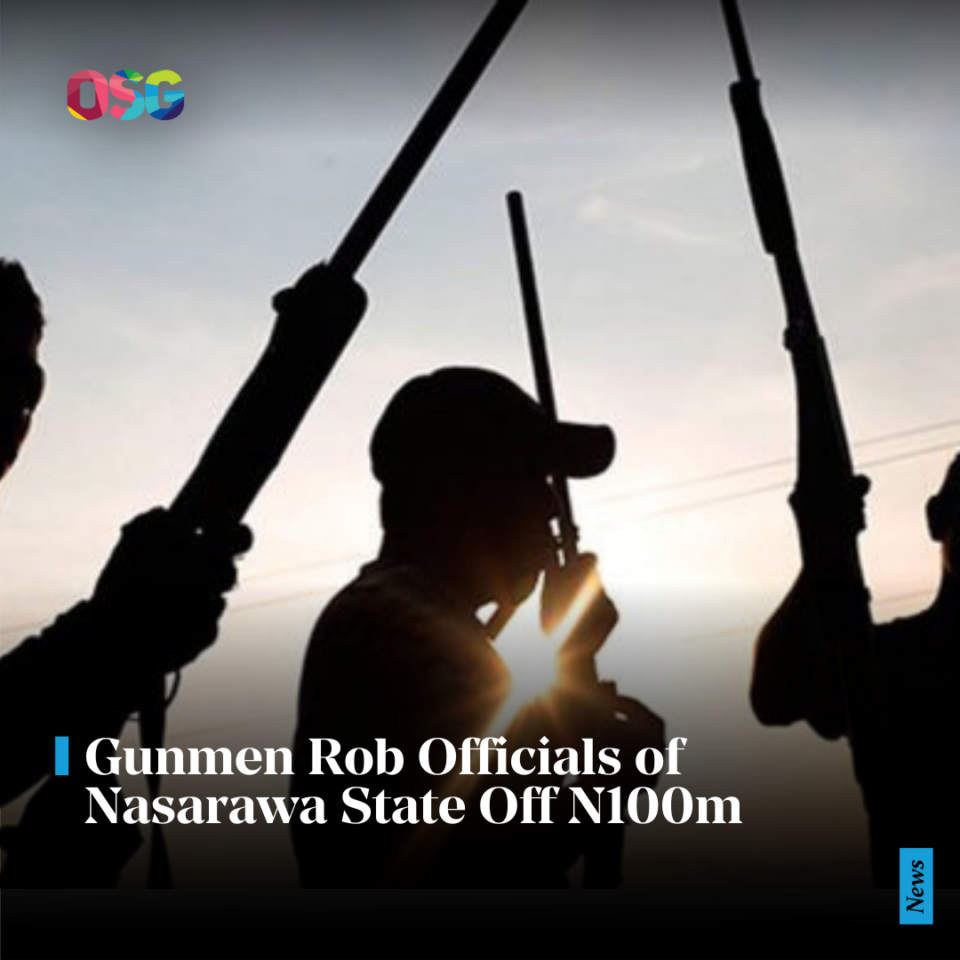 A group of unknown gunmen, snatched N100 million from officials of Finance, Budget and Planning in Lafia, the Nasarawa state capital.

According to an eyewitness, the robbers trailed the Ministry officials from a bank where they withdrew the cash meant for Worker’s pay.

The eyewitness also said “it was in the Ministry’s premises that the armed gunmen snatched the N100 million from the officials while they were taking it to the Cash room.

“The gunmen shot in the air, causing the officials and other staff to lie down, paving the way for the gunmen to snatch the N100 million effortlessly.”

Haruna Ogbole, the Commissioner for Finance, Budget and Planning, confirmed the robbery but declined to state the amount stolen.