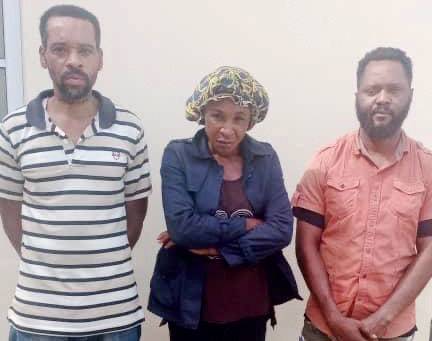 Pastor Richard Onyekachukwu has been apprehended by the police for allegedly faking his kidnap.

On­yekachukwu was reported missing on June 16, 2021, by his brother, Prosper.

Prosper claimed the pastor had been kidnapped and that the perpetrators had already opened a phone line conversa­tion with them, demanding a huge amount of money before he could be set free.

In the course of the investigation, the IGP team visited the house of the victim and met his wife, who looked unperturbed as if noth­ing sinister happened to her or her husband.

At that point, the operatives deceived her by telling her af­ter introducing themselves as policemen that they were on an investigative mission in an al­leged case of armed robbery against her husband, a police source said.

It was revealed that, at that point, the lady shouted in be­wilderment and told the police that her husband was not an armed robber but had traveled to Taraba state, adding that he went for a business trip.

She further told the opera­tives that she saw her husband about a week ago but that his family members thought he had been in captivity at the kidnappers’ camp for three weeks.

At this point, she was arrest­ed for further interrogation. At the station, she confessed that the entire saga was planned and an orchestrated self-kidnap.

She said that he was look­ing for a way to raise money to pay off the loans he collected.