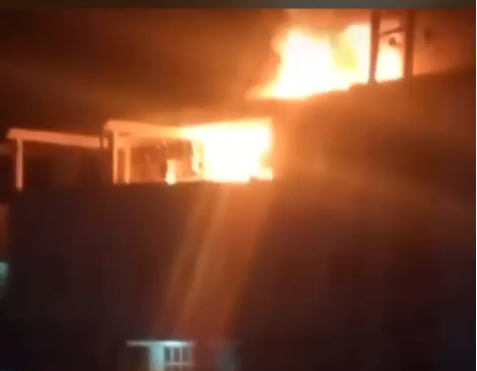 The library of University of Abuja has been razed by fire.

The library located at the University’s permanent site along Abuja airport road was gutted by fire in the late hours of Friday, May 21. The fire has destroyed many documents, books and files.

An eyewitness who was present while the school’s library was on fire claimed he tried reaching a fire service to deal with an emergency, but they were unresponsive.

However, an ambulance arrived at the scene of the fire outbreak which was not needed at the moment because no student was harmed by the fire incident.

In a joint effort, the students tried their best to quench the fire with buckets of water but was futile. The men of the fire service later arrived to attend to the emergency situation.

Multichoice Talent Factory Class Of 2020 To ...