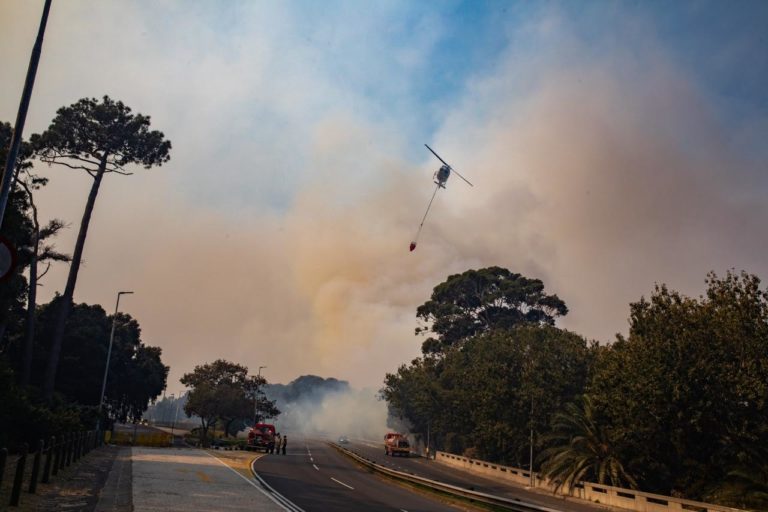 A raging fire has broken out in Cape Town’s Table Mountain National Park on Sunday, according to South African officials, prompting the evacuation of hikers from the city’s most famous landmark.

More than 120 firefighters are battling the massive blaze, and four helicopters have been deployed to help with the efforts, according to a media release shared by a Twitter account associated with the park.

“The fire created its own wind that further increased the rate of spread. The excessive amount of smoke and related updrafts made it impossible for the aerial support to slow the rate of spread,” the park added.

The statement said the Rhodes Memorial Restaurant had burnt down and “the fire has also spread to the veld above the University of Cape Town upper campus.”