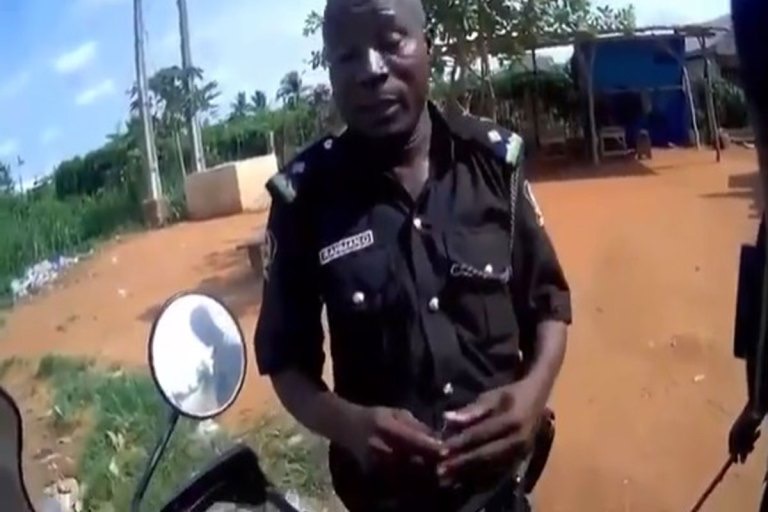 A Nigerian Police officer was been captured requesting bribe from a motor rider who he flagged on a highway.

The motor rider who is a Spanish filmed the Police officer unknowing to him by using a bodycam as he stopped him for interrogation and he was seen and heard asking the Spanish biker for money and he quizzed him on where he is coming from.

The Police Officer was heard saying;
“Stop! Park! What to do you have for us?”

The Spanish biker whose name was not revealed told the officer he made it into Nigeria from another country and will go to other African countries Nigeria.