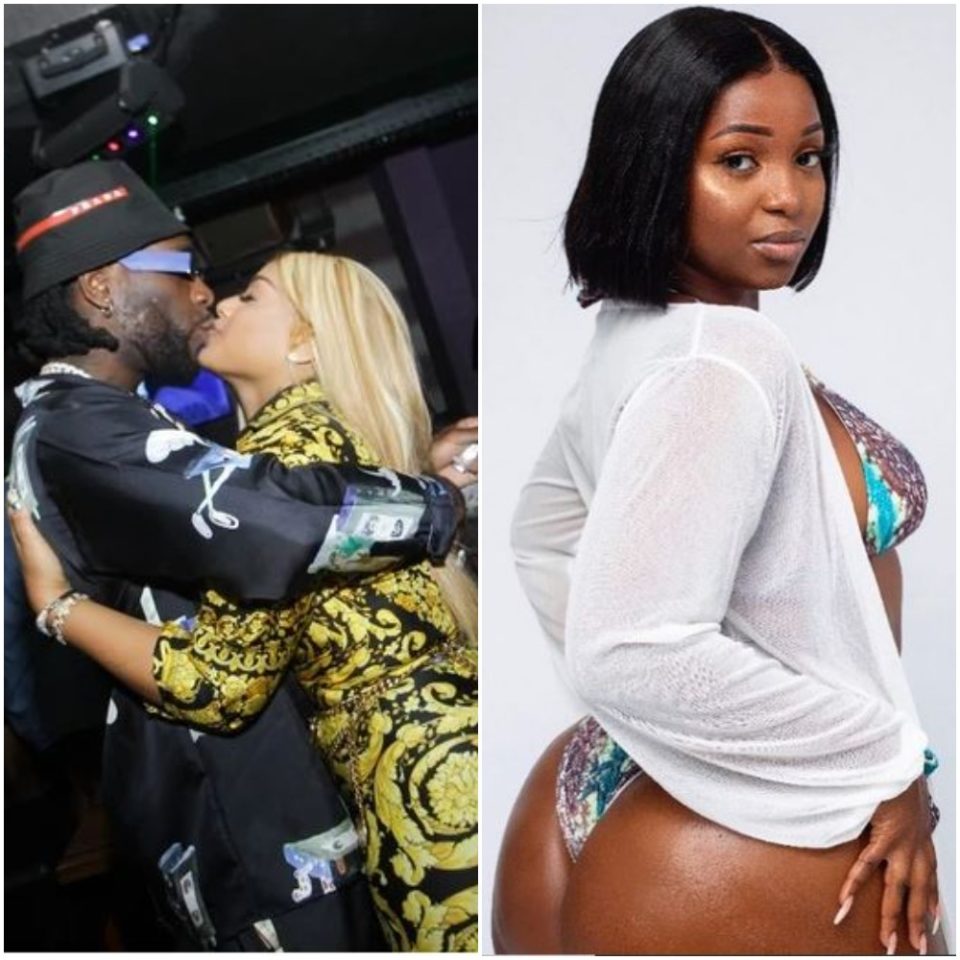 Self proclaimed Africa Giant, Burna Boy has been accused of cheating on his girlfriend Stefflon Don by a 23-year-old girl, Jo Peal who claims she and the singer have been an item for the past two years.

Now, Pearl says she has also been dating the Grammy nominee for the past two years.

“Two years is such a long time for a person to be hidden. It has affected me in so many ways, and I can’t hold it any more to protect people that wouldn’t protect me.”” she said in the video shared on Instagram.

In two of the videos on her Instagram page, the 23-year-old narrated how she met and fell in love with Burna Boy before he started dating Stefflon Don.

How The Affair Began

According to Pearl, it was Burna Boy who initiated first contact by after he sent her a message on Instagram about two years ago. It took her two weeks to reply.

She did it unwillingly, and they got talking. Burna Boy invited her for his pop-up show in the United Kingdom, which was the first time they met.

Although she was hesitant at first because she didn’t want to date someone in the music industry, Pearl said she soon fell in love with Burna.

“His words actually worth his action. Not only will he tell me like he loves me, and other personal things, he actually showed me,” she also said.

Their relationship got shaky after an argument in December 2018 and at the end of the next month, Pearl said she started to hear of Burna’s relationship with Stefflon Don.

Pearl said she was devastated when she learnt of Burna Boy’s relationship with the British rapper. “I literally collapsed and cried for days, probably even weeks,” she said.

“I feel like the thing that hurt me the most is that from the first day I met him, he always emphasized how much he just loved black women, African women. He made me feel so good to the point; I cut my hair just recently.

I don’t even wear makeup to go see him, he loves my short hair, he was telling me how beautiful I am. He just truly helped boost my self-confidence in ways I didn’t think was possible and I just loved that about him.”

According to Pearl, Burna told her that he heard she had moved on with another person after their argument in December and that was why he went into the relationship with Stefflon Don.

Although he tried to reach out, Pearl said she was still hurt and didn’t speak to Burna from March to April.

In May, Burna reached out to explain that he still loved her and they continued with their relationship.

Pearl also claims she thought the singers relationship with the British rapper was a publicity stunt.

“At that point, I thought this relationship was fake anyway. I thought, there’s no way this boy is going to date someone like that only because of the things he has told me about himself. Knowing how he is so in tune with his African heritage and black women,” Pearl said.

For the past two years we have never stopped seeing each other. It’s just been like the elephant in the room that we choose not to discuss and we just go about things like it doesn’t exist.

In the past two years, he has never mentioned the person I see him with on social media to my face. That person never gets acknowledged, it’s like she doesn’t exist in our world,” she also said.

Pearl Is Doing This For Her Mental Health

“D, I’m just tired of protecting you,” she said, addressing Burna Boy. “I’ve got feelings too, seeing you in secret for two years has been detrimental to my mental state. “

“It’s my choice, but you guys will never understand what it is to be in my shoes. I didn’t do this video to hurt you. I know it will hurt you because as far as you are concerned, me and you are on good terms but I can’t do this anymore.

Burna Boy and Stefflon Don are yet to react to Pearl’s claims.

It is also not known if the couple is still together as they recently unfollowed themselves on Instagram.