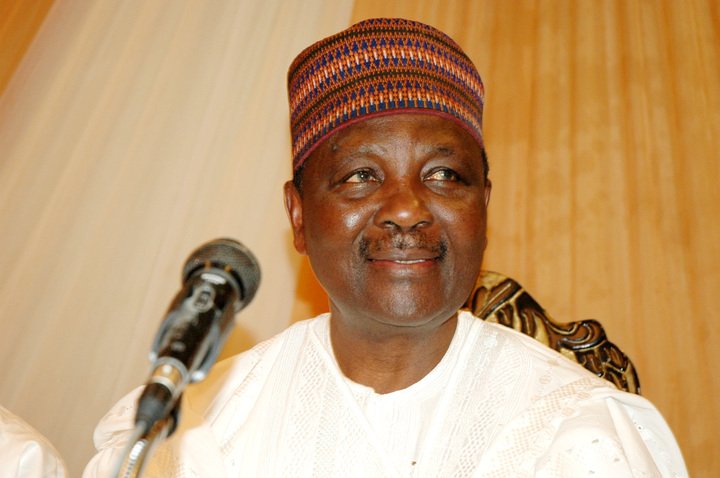 Nigeria has sought apology and retraction from the British government after a parliamentarian accused Yakubu Gowon, Nigeria’s former Head of State, of looting public treasury, Abuja has said.

The British MP, Tom Tugendhat, had during a debate Tuesday on a petition regarding arbitrary use of force and brutality by Nigerian security forces said, ‘some people will remember when General Gown left Nigeria with half the Central Bank and moved to London.”

Mr Tugendhat, who is the chair of the foreign affairs committee in the British House of Commons, did not substantiate his claim with any evidence or detail.

The accusation, however, became a subject of controversy in Nigeria especially on Twitter. Mr Gowon dismissed it as “rubbish”, BBC reported.

In a statement by Nigeria’s Ministry of Foreign Affairs, signed by Ferdinand Nwonye, the ministry’s spokesperson, on Friday, the ministry described the MP’s allegation as “outrageous and unsubstantiated.”

“The Ministry of Foreign Affairs, through the Nigerian High Commission in London, immediately sought an apology and retraction of the unsubstantiated allegation from the British Government,” the statement said. 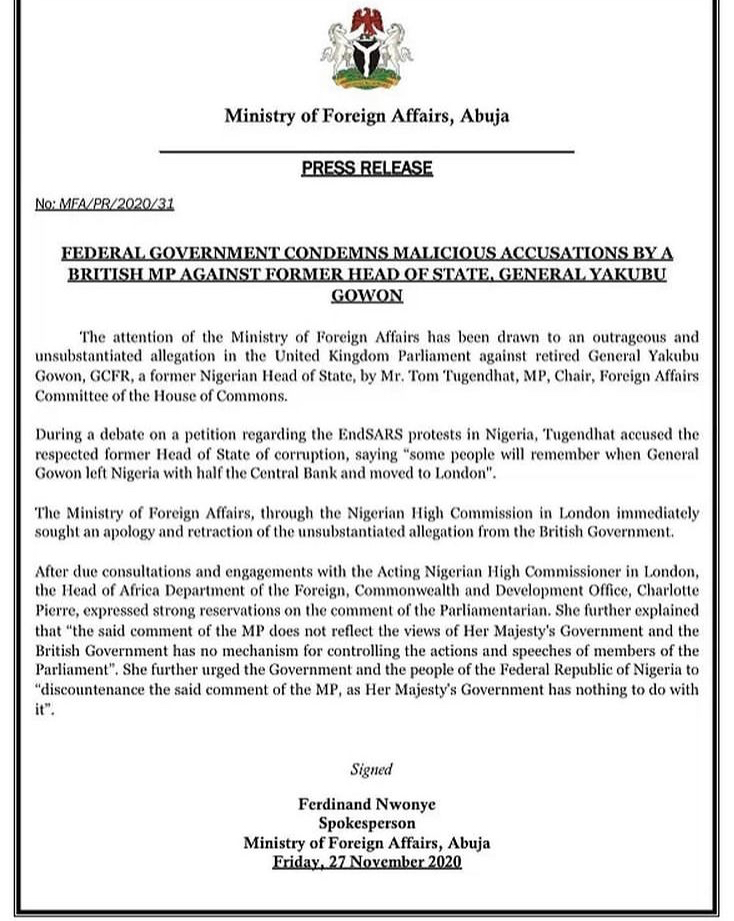