‘One Day, My Sister, Temi Otedola, Is Going To Be The Biggest Nigerian Actress’ – DJ Cuppy 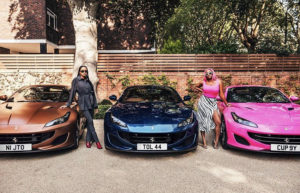 Following Temi’s debut acting role in Kunle Afolayan’s latest movie ‘Citation’, DJ Cuppy has seen great prospects in her Temi’s acting career has said that she is going to be the best actress in Nigeria in future. 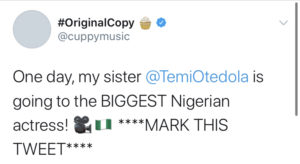 Youth Should Get Their Voters ID Cards ...