Togo has its first female Prime Minister and she is Victoire Tomégah Dogbé. She was appointed by the President of Togo, Faure Gnassingbe after the former Prime Minister Komi Selom Kiassau resigned from the position. 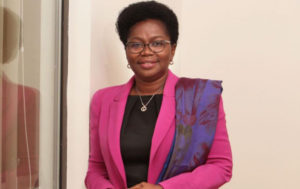 She has also been an active minister of Grassroots Development, Handicrafts, Youth and Youth Employment since 2008, as well as the director of the cabinet of the Presidency of the Republic since 2009.

This is a great win for women. We wish her all the best.