WTO DG: Okonjo-Iweala and Four Others Emerge As Final Candidates 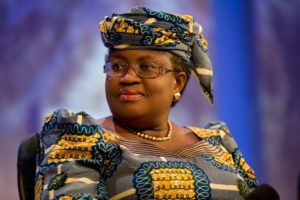 “Their expertise and high professional and personal qualities are highly valued and respected by all members,” WTO General Council Chairman, David Walker, said in a statement. The Organization also plans to reduce the contestants to two final candidates in the coming weeks.

The remaining contenders were all current or former ministers, something that trade officials had previously said was an important characteristic for a future Director-General.

The second phase of consultations would begin on September 24 and run until October 6 after which the WTO would announce two final candidates who would continue in the race till November 7 when a new leader will be announced. The vacancy was opened when the former Director-General, Roberto Azevedo, decided to step down at the end of August, a year before his term was due to end.