The Nigeria Hydrological Services Agency has debunked the rumours going round social media claiming that there had been an explosion at the Kainji Dam in Niger State. 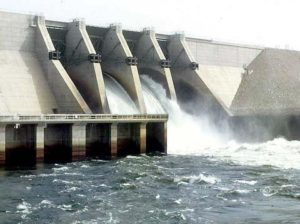 The Director-General of the Agency, Clement Nze announced this in a statement as he warns the public to desist from spreading such fake news.

He said, “The general public, especially the print and electronic media, should disregard the online ‘fake news’ claiming that there was an explosion in Kanji Dam.I can authoritatively confirm that Kainji Dam is safe, no explosion whatsoever in the dam.

“After reading the online news, I put a call across to the hydrologist who was holding a management meeting at the dam site at that moment. He (the hydrologist) informed me that there was nothing like that.”