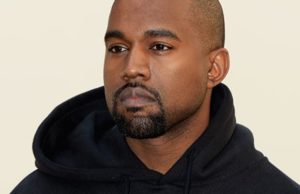 Kanye West has made some declarations about his music career Monday, saying that he will refuse to release any new music until his record company, Universal Music Group, and his publisher, Sony/ATV Music Publishing, free him from their deals.

He quickly followed that up by saying that Drake and J.Cole must apologize to him, although whether this was a further condition for releasing new music was unclear and asking for a meeting with Jay-Z.

“I’m not putting no more music out till I’m done with my contract with Sony and Universal,” he tweeted. “On God … in Jesus name … come and get me.” The statement was followed by an emoji of a skier.

“Vivendi family I’m in Calabassas,” he added. “Come holla at me.”

Following that, he started going after some of his contemporaries in the music world. “I need a publicly apology from J Cole and Drake to start with immediately … I’m Nat Turner … I’m fighting for us.” Later, he called himself “the new Moses.”

In a tweet that he later deleted, West wrote, “I’m the 2nd richest black man in America … I need all my people with me for us to get free.”

The initial tweetstorm invoked Jay-Z’s given name, with an apology for misspelling it: “I’m waiting to meet with Sean Carter also.” He quickly added, “My bad I meant Shawn … no disrespect to my big bro.”

Without going into detail on his agenda, West further invoked God and alluded to his disputes with fellow Black titans in the music industry.

“I’m not industry bro … I don’t care… I’m in service to Christ … we need world healing … I miss my brothers… I refuse to argue with black men on labels we don’t own… even twitter.”

“I have the utmost respect for all brothers … we need to link and respect each other… no more dissing each other on labels we don’t own.”

“I’m sure Steve Stoute was hurt that he didn’t do the McDonald’s deal … Steve’s a good man Trav is a good man … my brothers let’s rise up … we don’t even own these companies.”

“Let’s stop killing each other … let’s show God that we are Gods people … my ego gets the best of me too… God doesn’t measure us by money in his kingdom … let’s love each other… I love my brothers and I miss my friends … real talk.”

The rapper-producer seemed to have second thoughts about identifying himself as “the second richest black man in America.” He soon tweeted: “I deleted that tweet about riches… the wealth is in our love of family and our brothers and our service to God … let’s rise up… let’s communicate.”

Eventually, he wrote: “I need to see everybody’s contracts at Universal and Sony …  I’m not gonna watch my people be enslaved … I’m putting my life on the line for my people … The music industry and the NBA are modern day slave ships I’m the new Moses.”