Ladipoe Team Up With Joeboy To Release A New Single, ‘Yoruba Samurai’ 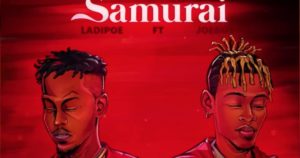 Ladipoe has since been able to deliver with his songs in 2020; the first being “Know You’ where he featured Simi and the second being, ‘Lemme Know (remix)’ featuring Teni.

Listen to the music below: