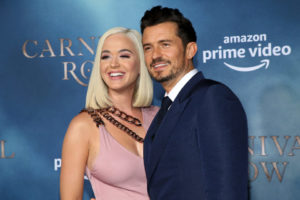 Katy Perry and Orlando Bloom have announced the birth of their first child – a daughter named Daisy Dove Bloom.

The couple said they were “floating with love and wonder” after their daughter’s “safe and healthy arrival”.

The pair also shared a black-and-white picture of them holding Daisy’s tiny hand.

Perry revealed she was pregnant in the music video for her single Never Worn White earlier this year.

“We are floating with love and wonder from the safe and healthy arrival of our daughter,” the couple said in a statement released via Unicef, a charity supporting disadvantaged children, for which both Perry and Bloom are ambassadors.