Today is General Ibrahim Badamasi Babangida’s 79th birthday and apart from the President’s congratulatory message to him, other politicans have also taken to Twitter to celebrate the former military president of Nigeria, Ibrahim Babangida today on his 79th birthday. 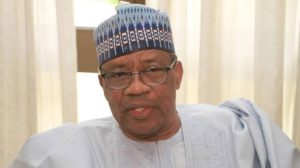 Former Vice-President of Nigeria, Atiku Abubakar has wished the General a happy birthday. He wrote on his verified Twitter platform thus, “General Babangida, my family and I celebrate with you and yours on your 79th birthday. We wish you more years in good health and service. Many happy returns of your day.”

Dr. Abubakar Bukola Saraki, former Senate President of Nigeria also celebrated the former Head of State, General Ibrahim Babangida as he turns 79 today. He wrote on his verified Twitter page, “I felicitate with former Head of State, General Ibrahim Babangida (GCFR) as he turns 79 today. IBB is an elder statesman who has played key roles in the history of our dear country that he served in various capacities to the best of his abilities. I pray that Almighty Allah keeps him in good health for many years in the service of his creator, country and humanity in general. Happy Birthday, sir.”

The Governor of Delta State, Dr Ifeanyi Arthur Okowa has also felicitated with General Ibrahim Badamasi Babangida on his 79th birthday. He also noted Ibrahim Babangida’s significant contributions to the country, including creating the Delta state in 1991. He wrote on his Twitter page, “Today, I join Nigerians across the nation to congratulate General Ibrahim Badamasi Babangida (IBB) on his 79th birthday. IBB’s contributions to nation-building continue to reverberate across the nooks and crannies of our nation; Deltans in particular thank him for creating our state in 1991. As he celebrates another year today, I commend our former Head of State for his fearless contributions to national issues, and pray that the good Lord will continue to uphold and guide him in all his future endeavours.” 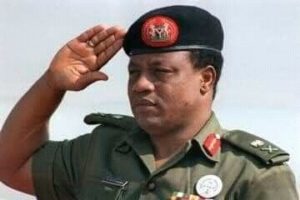 General Ibrahim Badamasi Babangida toppled Muhammadu Buhari-military led government in 1985 and resigned from office on August 27, 1993. He was also responsible for annulling the June 12, 1993 elections. We wish him a great year as he clocks 79.

Jumoke Razak Speaks Up On Her Husband’s ...