Legal Icon, Afe Babalola (SAN) Gets A Street Named After Him in Abuja 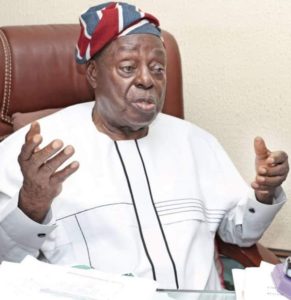 According to the Council, the street was named after the legal luminary due to his tremendous contribution to the development of the legal profession and the entire country. Speaking at the commissioning of the street, Mr. Peter Ijwo, Director of Operations of AMAC said, “The street is named after the elder statesman and philanthropist for his contributions to the development of the country. It is a well-deserved honour as Aare Afe Babalola has contributed a lot for this country and to the service of humanity. It is for his immense contributions to this country’s legal profession and humanity that the authorities of the Abuja Municipal Area Council (AMAC) have decided to honour him by naming the street after him”.

Responding on behalf of the legal luminary and statesman, the Head of Chambers of Afe Babalola Chambers and Co., Kehindede Ogunwimiju (SAN) thanked AMAC for honouring the legal icon by naming a street after him in Abuja.

He said, “Afe Babalola did not lobby for the honour but, AMAC came in their own volition to bestow the honour on him, in recognition of what he has done for the country. This goes to show that people who are worthy of honour should be honoured even while they are alive and not when they are dead. Afe Babalola has made so many sacrifices for the country and as such, deserves the honour bestowed on him by the street naming Unit of the Abuja Municipal Area Council (AMAC) of Abuja.”

The street named after Afe Babalola is situated off Gashara Crescent, Apo Resettlement in Apo District of Abuja.