Erica was seen engaging in a heated argument with Wathoni this morning in the Big Brother Naija house over Kiddwaya. 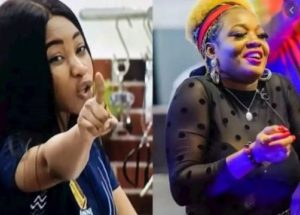 The argument started when Wathoni asked Kiddwaya if he had chased any girl in the House and he replied he doesn’t chase girls. Erica got upset with the interaction between Wathoni and Kiddwaya because she thought Wathoni directed the shot at her yet Kiddwaya couldn’t defend her.

After confessing to Kiddwaya that she doesn’t like Wathoni because Wathoni is fond of throwing shades at her, Erica walked up to Wathoni to solve their issues but the move resulted into a heated argument between the two housemates