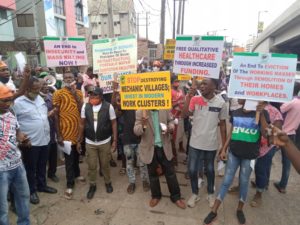 There was a peaceful protest earlier staged today in different parts of the country, under the slogan of ‘Revolution Now’, as the protesters kicked against corruption and bad governance in Nigeria.

However, the Nigerian Police took to the streets to arrest protesters and arrest certain key leaders of the protest in Lagos, Abuja and Osun State.

Agba Jalingo, a popular journalist and activist was one of those arrested by men of the Lagos State Police Command at Ikeja. Protesters in Abuja were flogged and assaulted by soldiers who also stole their phones, as reported by Sahara Reporters.

A student of the Obafemi Awolowo University popularly known as Dunnex was also arrested alongside other protesters in Osun State.

Twitter users have reacted to the mass arrest made by the Nigerian police and have declared the arrest as a total disrespect of the freedom of speech as entrenched in the Constitution. See reactions below:

My good friend @Iam_dunnex a powerful activist in the #RevolutionNow movement, got arrested today at Osogbo, Osun.
He was arrested for speaking to the masses about the situation of the country.
Why was he arrested?He was Unarmed!
Don’t we have freedom of speech anymore?@segalink pic.twitter.com/HsCyRc5c2p

#RevolutionNow Policemen disrupt a peaceful protest in Osun State, Osogbo. Protesters were arrested for only speaking the rights and voicing out their ills. We are all in this mess together, but the Oppressing Tools doesn't want to know. pic.twitter.com/FibZTYM7H1

We are currently witnessing a joint madness by the military, police and other security agencies as over 60 of our comrades have been arrested over peaceful #RevolutionNow protest. The Abacha days are here once again. pic.twitter.com/tFf2MTwdQt

See pictures from the protests below: 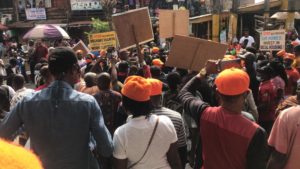 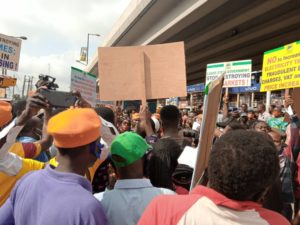 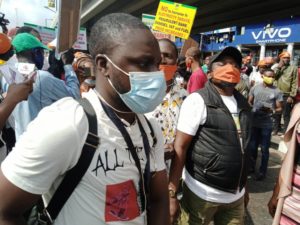 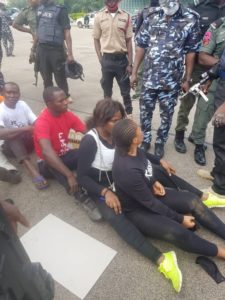 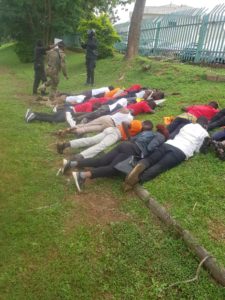 Online Church Not An Excuse To Miss ...