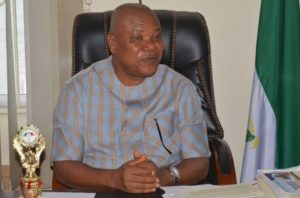 Johnson Onuigbo, the Abia State PDP Chairman is dead. He reportedly died in the late hours of Monday, 27th July, 2020 in Umuahia.

According to Vanguard, his body has been taken to an undisclosed hospital mortuary in Umuahia. The cause of his death is yet to be known.

On May 12, 2020, Johnson Onuigbo was appointed the interim chairman of the party for three months following the expiration of his tenure. He however did not wait to finish his term before his demise.