Davido Seen in the Studio With American Musician, Nasir Jones 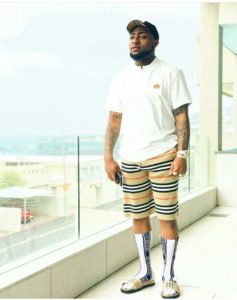 The video was posted on the Instagram story of Davido’s manager, Asa Asika and it has since raised a lot of questions as to whether Davido and Nas might be launching a new music soon.

In the main time, we are expectant of Davido’s new album, ‘A Better Time’ which is set to be released in July.