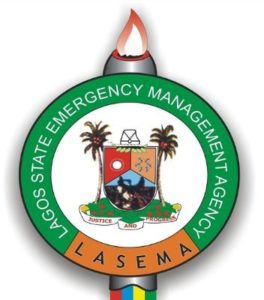 A three-storey building has collapsed on the Lagos island, precisely at No.20, Freeman Street, leaving six persons rescued alive and others trapped. The incidence which reportedly happened at about 3am on Saturday came as a surprise to the residents of the building, leaving them trapped under the rubbles.

The NEMA Acting Territorial Coordinator, Ibrahim Farinloye, confirmed the incidence while speaking to pressmen and said that six people have been rescued out of the nine to ten people who are said to live in the building.

“A three storey building collapsed at 20 Freeman street, Lagos Island at about 3 : 00 a.m. Six people have been rescued alive. About nine to ten people are suggested to be living in the building. Efforts are on to rescue the remaining people,” he said.