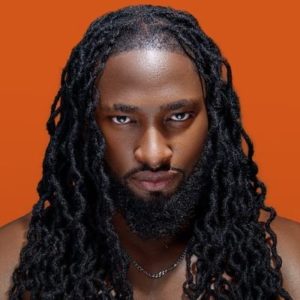 Uti Nwachukwu was allegedly accused of rape on Twitter by one Kambili Korie. The celebrity did not, however, take the rape accusation lightly as he immediately wrote a petition to the Inspector-General of Police for immediate investigation into the matter. Uti utterly denied the allegation, and said that on the alleged date of rape, he was far away in Houston, Texas, United States of America.

However, days after Uti reported to the police for a speedy investigation, the Twitter user who accused Uti of rape deleted her account without giving any reason whatsoever. Uti disclosed this on his Instagram page, thus: “My accuser- whose account was created only recently to accuse me of this horrendous crime, has been deleted before investigators could identify her. 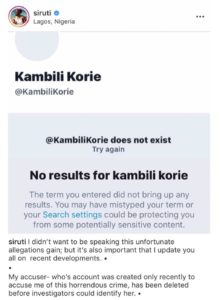 This is unfortunate because it doesn’t fully exonerate me from the accusation the way the courts would have done; I REALLY needed the opportunity to prove my innocence and this culprit face the full penalties.

However, I am still going to continue to work and cooperate with the police to get to the bottom of this.Victims of sexual abuse need to be heard and believed, and it’s why I will continue to pursue this to prevent anyone else from making it even harder for victims to speak out”.