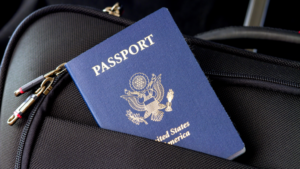 The Lebanese government made an announcement that it intends to suspend the issuance of working visa to Nigerians, especially those moving abroad for domestic work.

Lebanese Ambassador to Nigeria, Amb. Houssam Diab said this when the Chairman/CEO of Nigerians in Diaspora Commission (NIDCOM), Abike Dabiri-Erewa, paid him a courtesy call in his office in Abuja.

The suspension was as a result of several cases of abuse by Lebanese abusers and also the case of a Nigerian woman who was auctioned for sale for $1000 on social media. Even though the Lebanese government has claimed that the offender is not a citizen of the country, the offender has however been charged to court.

The Lebanese government has also mentioned that the suspension of visa issuance is as a result of a need to sort out the ministry of labour in the country to avoid unscrupulous employers in future.

THE MOST EFFECTIVE RAPE PENALTY NIGERIA SHOULD ...

HOW TO PROTECT YOUR BABIES DURING THIS ...