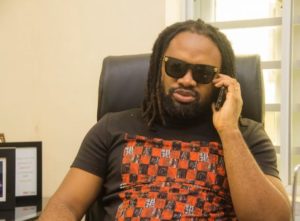 Peter Hawkins, the UNICEF Nigeria Representative, announced the appointment and also explained the roles of Cobhams Asuquo which is to raise awareness on matters around children’s rights and solutions especially issues which revolve around birth registration, education, protection from violence, immunization and general child protection. Peter Hawkins also mentioned that the decision of UNICEF is rather a thoughtful one, especially since Cobhams Asuquo has always been rendering his support to UNICEF’s projects since 2019, one of which was producing the ‘I am a Nigeria Child (For Every Child) musical hit.

Cobhams Asuquo is a lawyer professionally, however, he is popularly known as a singer and songwriter especially since he produced the “Asa” album which includes Asa’s hit singles like “Fire on the mountain” and “Jailer”.

ELECTRONIC VOTING IN NIGERIA: ARE WE READY?

HOW TO COPE WITHOUT SOCIAL GATHERINGS AS ...