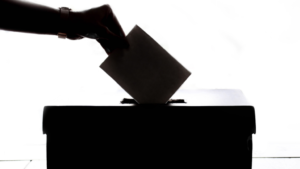 The Coronavirus pandemic cannot stop the conduct of Governorship elections in Ondo State. This has been announced by the Independent National Electoral Commission last week as the INEC Chairman released guidelines for the resumption of its staff.

This guideline has therefore prompted the People’s Democratic Party to hold its primaries in July, 2020 in preparation for the general gubernatorial elections holding on October 10, 2020 as announced by the National Organizing Secretary of the party, Col. Austin Akobodun. Also, the All Progressives Congress (APC) has announced the date for its primary elections in Ondo State to hold on July 20.

INCREASE IN SCAMMERS DURING LOCKDOWN: THE ROLE ...

THE EFFECTS OF SOCIAL DISTANCING ON THE ...