ARMS AND AMMUNITION RECOVERED FROM MILITANTS IN RIVERS STATE 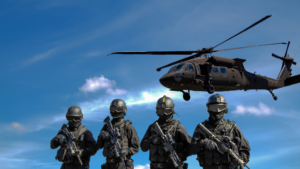 In a raid against certain militants in Bonny Local Government Area of Rivers Stae, the following arms and ammunition were recovered by the troops of 146 Batallion:

The Military High Command has commended the troops for a job well done in ensuring the safety of the people.