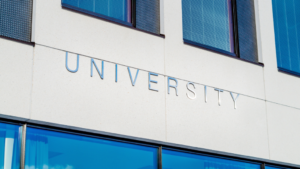 The Coronavirus pandemic is taking a great toll on the British economy; which has therefore resulted in British universities cutting their staff salaries. Since the country has been on lockdown, British institutions have not been able to generate revenue for the administration of the school and thus, the institutions face the problem of insufficient funds which has pushed them to cut their staff salaries.

Whether or not the Academic Staff Union of Universities (ASUU) will take a clue from British universities has been a debatable topic on Twitter and the popular opinion states that if the Nigerian Government takes a clue from Britain, then the government better prepare for a shutdown of Nigerian universities after the pandemic. This is because the popular belief about Trade Unions in Nigeria is that ASUU remains the most stubborn of them all, as they usually do not take no for an answer.

On the other hand, most Nigerian university lecturers are seen as the breadwinners of the society; especially in a developing country such as Nigeria where there is a great difference between the poor and the rich in the society. Most Nigerian lecturers are relied upon by others for feeding and other essential needs; thus, if the Nigerian government cuts staff salaries, the poverty state of the country might get worse in coming times.

It is therefore important that the Nigerian government employs financial advisors and financial analysts before making economic decisions that might make the current situation in the country get worse.

HOW TO ENHANCE YOUR PRODUCTIVITY WHEN WORKING ...