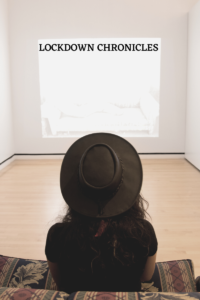 Total lockdown will soon be over and certain people will soon hit the road after spending four weeks in their respective homes, after hoping that the pandemic would soon be over.

However, there were quite a rollercoaster of certain events that happened during the lockdown; some were quite amusing and some were plainly annoying.

First, who got tired and really frustrated by the inability of most folks to verify an information before spreading the information among various social media platforms? I personally got tired of various conspiracy theories which were flying round about the pandemic; those who made up the conspiracy theories were so sure of themselves that one would have thought they were one of those who were in the laboratory when the virus was being created. This makes me wonder if Nigerian government really has an efficient body that prosecutes anyone who is found of spreading unverified information so that the sanity of the recipients of such information would be protected and so that people won’t be misled.

Also, various people had their own theories of staying safe during the pandemic. While some resorted to ginger and the likes, some promoted the use of hot water in preventing the virus. Of course, these pieces of information were not on the website of Nigeria Center for Disease Control but Nigerians always had their way of picking information from different sources just as it occured during Ebola virus outbreak when people were bathing with salt water. I really hope that this outbreak has taught the doubtful Nigerians to believe and rely only on the instructions given by verified medical practitioners and the Government.

I will not fail to mention and acknowledge the efforts of fellow Nigerians who supported the poor in cash and in kind in surviving the Covid-19 pandemic. There were several charity donations on the Internet and also in local regions of which several pictures were sent to the internet to prove that. This shows the strong brotherly love we still have to each other despite the several difficulties we face as a nation. This was an opportunity for Nigeria to unite and see great strength in unity and this opportunity was mostly harnessed by Nigerians as they gave to each other during the lockdown.

DID YOU LEARN SOMETHING NEW?