Ubi Franklin replies after being called out by 3rd babymama 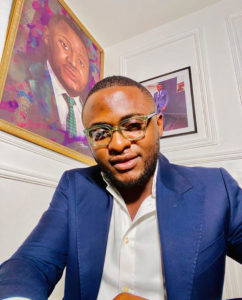 Ubi Franklin shut down Nicola Siyo with a quick reply after she called Ubi out on instagram.

Nicola earlier ripped Ubi apart, labelling him an “instagram daddy” who has never met his son and thinks a child is raised through display of pictures on social media. She lambasted him for abandoning her and his son.

Ubi, who would not sit and watch his reputation destroyed has replied Nicola in an instagram post, saying that he has never missed out on sending her money for her upkeep and then again, he loves his son just as he loves his 3 other children but can’t be around due to the demanding nature of his work. 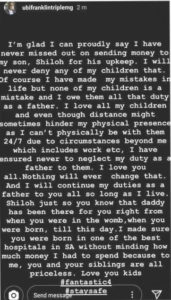 Chimamanda Adichie speaks about her fears amidst ...