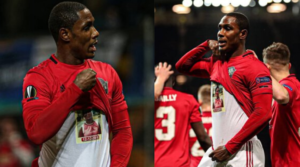 Odion Ighalo paid a touching tribute to his late sister after scoring his first Manchester United goal on Thursday night. 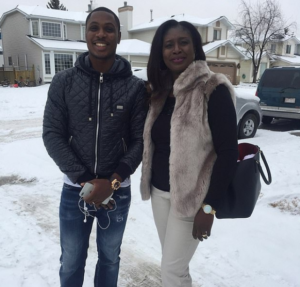 The footballer lifted his Jersey up to show a white Top with a picture of of his late sister printed on it, the Manchester United striker also has his sister’s name written on his boots.

Nigerian man arrested after 3 years for ...