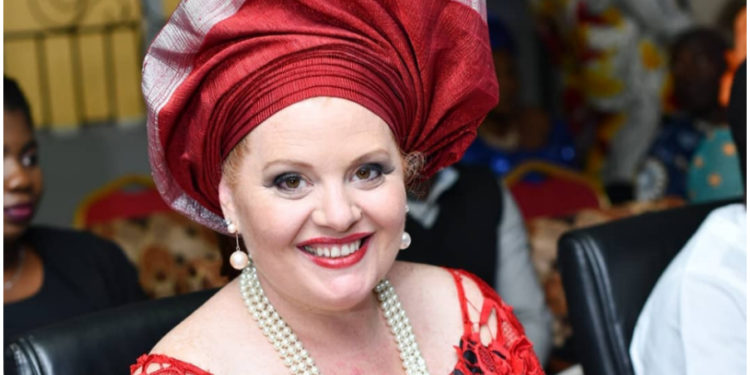 For as many young women who desire marriage, especially for Christian ladies, Pastor Laurie Idahosa has shared what they should look out for in a man.

According to her, sharing the same Christian faith with a man is not enough reason to get married to him. She stated that there are things that needed to be looked into before a woman agrees to spend forever with a man.

She shares them below:

This thread of tweets is to offer some advice to young ladies, considering marriage. I hope to address some important factors that she should consider before committing her life’s future to a man. Marriage can be wonderful, when you go into it with eyes open.

Not every Christian man is capable of being “equally yoked” with you. Sharing the same faith does not mean that you share the same values, principles or character. Go beyond knowing what he professes to believe. Aim to know his heart, motives, and why he believes as he does.

Marriage isn’t to be rushed into. Testing of character and values takes time. Anyone can carry a mask for a season, especially when there is a goal in mind. Before you say “I Do,” make sure you are there when masks are off and that you are comfortable with what you see.

Marry into a family that loves and values you. Don’t assume that the love between you and him is enough to overcome rejection or other negative emotions from your in laws. If they don’t like you before you marry him, marriage won’t fix it. Go where you are genuinely loved.

Marry someone whom you absolutely and completely enjoy. He should inspire and connect with you spiritually, mentally and emotionally. You need to have enough shared interests so that when you grow older, you aren’t looking for ways to escape one another’s company.

Before you marry a man, know what his expectations are of you, as a wife and mother. Ask him to spell it out. Know his thoughts on women working outside the home, on his wife pursuing her academic or career related ambitions. Be sure you share the same philosophy in this area.

Before you marry, look at his habits. Both the healthy and the unhealthy habits create the future. Does he read books, watch TV, play sports, buy luxury items, gossip, drink or smoke, gamble, work out, pray, eat junk food, etc.? His habits are a glimpse into your next 50 years.

Know a man’s temperament and level of aggression. Know if he gets angry easily or if he is a peacemaker. Know if fights, forgives or holds onto grievances. Does he believe in revenge? While married, you will be on the receiving end of whatever his temperament is.

A man doesn’t need to be rich to be a good candidate for marriage, but, he does need to have a legitimate source of sustainable income and a responsible culture when it comes to finance. Examining his debt portfolio is one of many ways to get to know his finance culture.

It is preferable to marry a man with earning potential, vision and a strong work ethic than to marry a guy who can “spray” your friends at a party. If he spends lavishly, it’s usually a sign that money is either new to him or that he didn’t work for it.