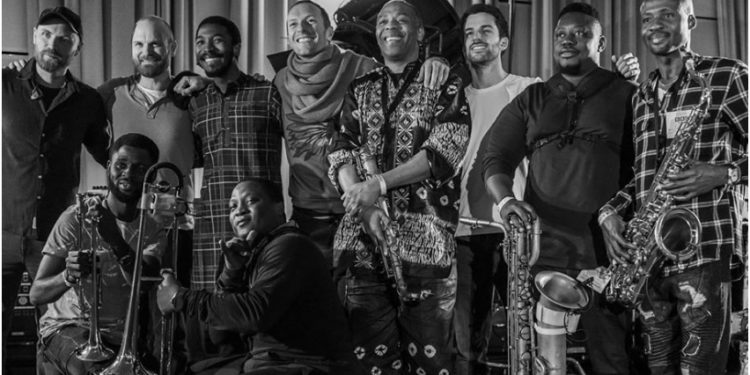 British rock band, Coldplay has wrapped up their tour with Afrobeats legend, Femi Kuti and his band.

The rock band took to their social media page to express how much they would miss Kuti and his band. They shared a photo of them and the Afrobeats band, noting that it was an honour playing with them.

OSG earlier reported that Kuti and his band played on ‘Arabesque’, a track from the British band, Everyday Life. The new album is Coldplay’s comeback track after a brief break.

It’s been a great honour playing with Femi Kuti and his band over the last week or so – we are going to miss all these guys! GB (@guyberryman) @femiakuti @madekuti

PASTOR AND WIFE WELCOME A SET OF ...