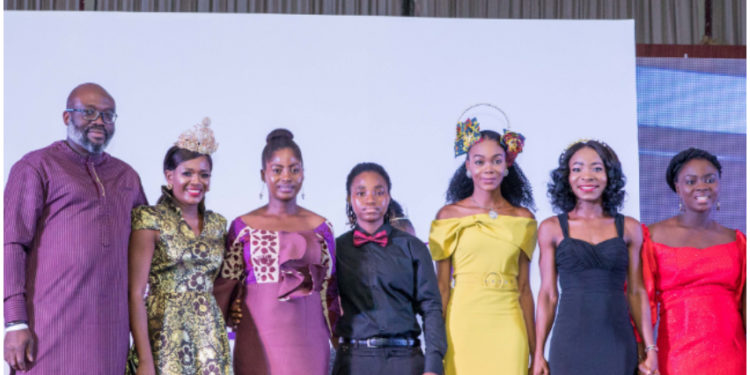 The annual 11th Exquisite Lady of the Year (ELOY) awards was indeed an evening of glitz and glamour. The guests were gorgeously dressed in line with the theme “Modern Royalty”. The ELOY Awards took place at the Lagos Continental Hotel, Victoria Island, Lagos on Sunday, November 24, 2019.  The evening kicked off with an opening prayer led by Pastor Tonye Cole.

Following this was an introductory speech by the convener of the ELOY awards, Mrs. Tewa Onasanya. She gave a brief history of the ELOY Awards journey, the mission and vision of the ELOY Foundation, as well as the criteria for nomination selection.

A representative of the Ministry of Tourism, Mrs. Yetunde Simpson, gave a congratulatory speech to the ELOY team as she expressed her joy as a proud mentor who has always been a part of the dream.

Ms. Grace Egbagbe who was the keynote speaker delivered a speech on the importance of women empowerment and gender equality in the society. She further buttressed the fact that the women empowerment cause is something to uphold at all times.

There were performances by music artiste GEE4 and the Lagos Cheerleaders who wowed the audience with an electrifying performance. A major sponsor at this year’s event, Lush Hair presented a hair show, showcasing their brand products in various styles.

The most anticipated time of the evening was the announcement of the winner of the 1 million Naira business grant from The ELOY Foundation.  Etimbuk Imuk, who won the grant expressed her profound gratitude and promised to utilize the grant properly.

Here’s a full list of all winners at the 2019 ELOY Awards.