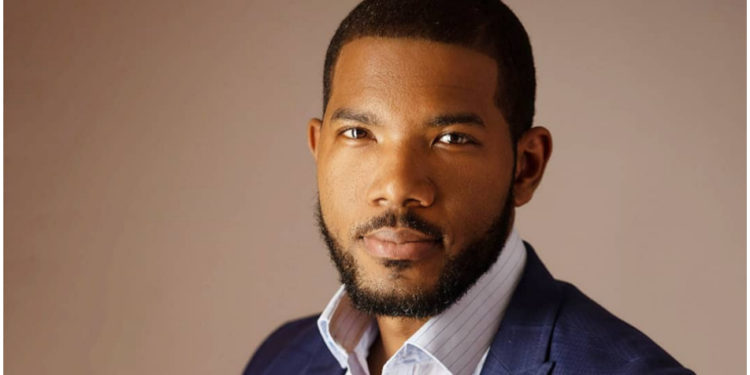 Otto Orondaam is the founder of Slum2School, a social initiative that provides education and health services to disadvantaged children. He took to his social media to share the story of a young girl who he took a great chance on and she delivered on her academics.

The educator’s story gives a peek into what social entrepreneurship really is and that every child is a star when placed in the right environment to succeed.

Read his beautiful story below:

One rainy Saturday morning in December 2011, we saw a little girl paddle her canoe through the waters of Makoko. It was filled with gallons of water & we wondered, how could she paddle it with so much ease? This girl could be a kayaking champion, so we followed her to her house.

She was 8 years old, the first of 5 children & none of them had been to school. Her parents eventually allowed us enlist her into our first set of 114 children who were enrolled into school in April 2012. She was the smartest in her class & one of the best in athletics & sports.

In 2016, her performance in school started dropping. She became timid and would hardly respond to questions asked. She was never that way and we couldn’t tell what was wrong. She was one of our favorite kids so we could tell that something was wrong.

In 2018 she almost repeated a class. She’ll miss school for days & was also absent from our mentorship programmes. She started losing interest in school & we became worried. This was a trend, as some of her peers had gotten pregnant & dropped out of school even at the age of 15.

In July 2019, we got a full scholarship opportunity for 3 additional children

to go to Abuja so we decided to take her along even though we felt she could fail the school’s scholarship exam. So we got her a flight ticket, packed her box and flew her to Abuja.

She was so excited & for the first time in years I could see so much light in her eyes. But what if she fails the scholarship exam, do we take her back to her community? We asked ourselves.

Sisianu takes care of her siblings & does a lot of house chores, she smokes fish and sells them for the family and at her age, for millions of girls like her across underserved communities, getting a secondary education isn’t so much of a priority anymore.

As they wrote the scholarship exam that Friday evening, I sat outside sweating with Aaron. Mustapha got out in 1 hour, Mariam followed but Sisianu was still writing. We were told that the results will be out by Monday so I had to stay back in Abuja for the longest weekend ever.

On Monday morning myself & the kids went to speak at a UNICEF conference but my mind was completely lost. I was so worried. So after the conference myself, Aaron & Abere drove to the school to see their results. Mariam scored 77% Mustapha scored 75% and Sisianu scored 34%

It was such a heart breaking moment for us. Sisianu couldn’t be granted the scholarship based on her performance. She cried & we cried with her. She knew she had to go back home & I knew this could be the end of her education. How do we even beg the school with a score of 34% ?

What can we do? We asked the school director, Ms Daisy. She looked even more sad. Otto, we can’t justify giving her a scholarship. Here are 2 options “You can take her back to Lagos to prepare for the exam next year or leave her in Abuja and pay her school fees for the year”.

We had strong convictions that she was facing some personal issues at home and she needed to stay in a boarding facility away for a while so Aaron, Abere and I decided not to bring her back to Lagos. Let’s even find out how much the school fees are. So we went back to ask.

As the schools accountant walked into the Directors office with the breakdown of the school fees, my jaws dropped once I saw it. We were shocked to find out that the fees were about N985k/annum. This was asides over N340k for 3 return flights to Lagos and her basic upkeep.

Whaat!!! How do we spend such an amount on just one child when our average cost per child is N50k/annum. Our board wouldn’t even approve of this and our management team will not also. But we were worried because we knew that she’ll be broken if we took her back to her community.

I called our Head of finance & some other management team leaders. I tried to convince them that we should take the risk on her. Aaron helped speak to some others. It was a very tough decision but we all decided that we were going to find a way to raise the funds to pay her fees.

Thanks to Ms Daisy who told us we could pay in three instalments. Meanwhile we already had 3 kids on full scholarship in the school and that meant so much to us. Sisianu hugged us as we left & cried because she knew we took a huge chance on her. She promised to make us proud.

This week, we got all their results including Sisianu’s & guess what? Sisianu is one of the top students in her entire class. She had 9A1s & 2B2 in her midterm results. Ms Daisy couldn’t even believe the results herself. This young girl just reminded us that stars never die.

As I sat watched Sisianu play with the other kids, I couldn’t hold back the tears from my eyes. She was filled with so much light. What if we gave up on her after she failed that exam? What if she had dropped out of school by now? So many thoughts were running through my head.