Shortly after reactions have rolled as Uti Nwachukwu declared CeeC the most successful BB Naija housemate, he has openly tendered an apology to those he felt were offended by his declaration. He made this apology public on his Instagram story saying; 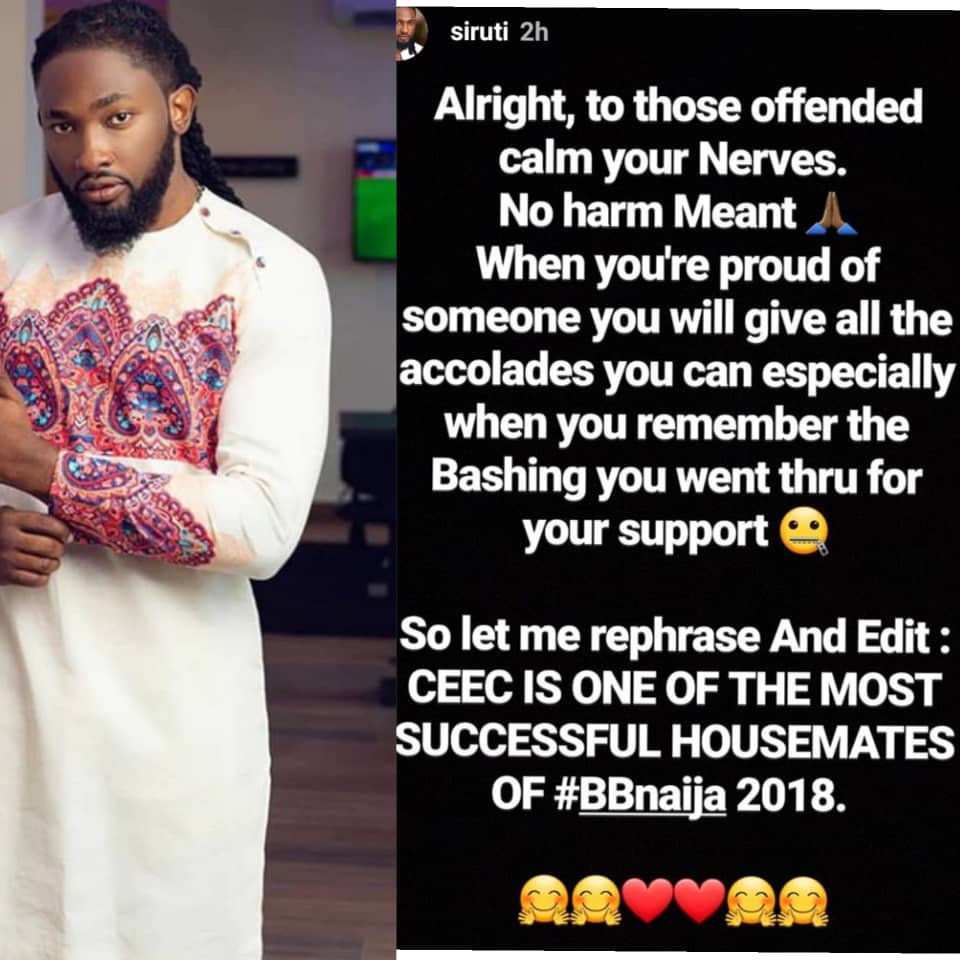 “Alright to those offended. Calm your nerves. No harm meant. When you’re proud of someone, you give all the accolades you can, especially when you remember the bashing you received for your support. So let me rephrase and edit; CEEC IS ONE OF THE MOST SUCCESSFUL HOUSEMATES OF #BBNAIJA2018.