The Prime Minister of the United Kingdom; Theresa May, might have her Brexit withdrawal bill delayed until early June, according to BBC news. The prime minister is under pressure to resign following the backlash received from her own MPs against her pledged “new deal” on Brexit. 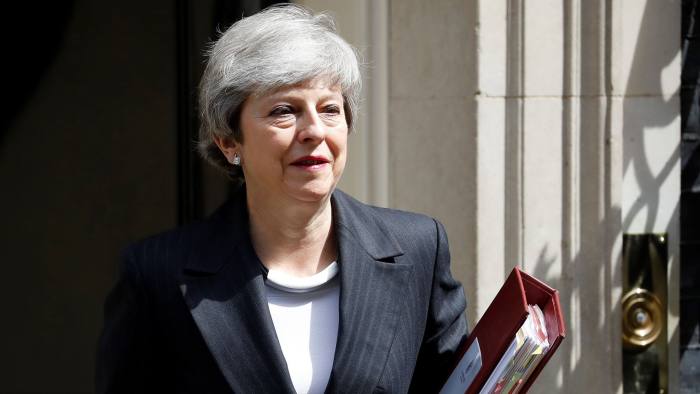 Meanwhile, the U.K. began voting in the European Parliament election Thursday. Voting is taking place in nine regions in England, including Scotland, Wales and Northern Ireland, with polls open from 7 a.m. to 10 p.m (GMT+1). May is expected to vote close to her home in Sonning, Berkshire, later today. Theresa May had told the Commons that the Withdrawal Agreement Bill would be published on Friday so MPs would have “the maximum possible time to study its detail”.However, Mrs Leadsom who was due to present it resigned on Wednesday night. Mark Spencer who is standing in for her mentioned;

“We had hoped to hold second reading on Friday 7 June. At the moment, we have not secured agreement to this in the usual channels. Of course, we will update the House when we return from recess. The second reading is when MPs get a first chance to debate legislation, before deciding whether it should proceed to detailed scrutiny. Responding, Shadow Commons Leader Valerie Vaz said: “The prime minister has once again put her own political survival ahead of the national interest. It is clear that the prime minister does not command a majority in her approach to Brexit and she has failed to accept this political reality.”