Nigerian International MBA student breaks University record in the US 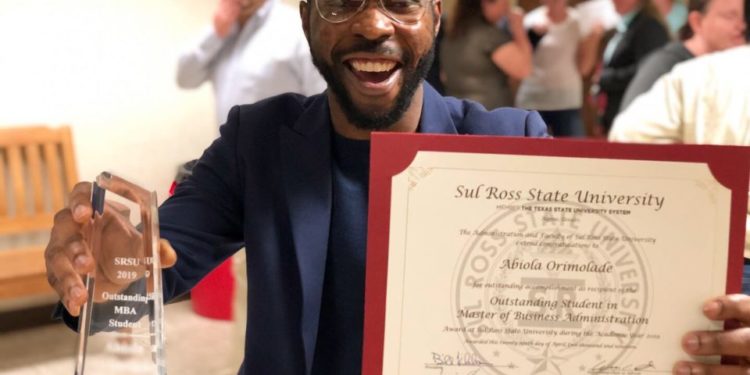 Abiola Orimolade, who is a graduate of the Obafemi Awolowo University in Ile-Ife made a life changing decision in 2017 to leave the shores of his country in pursuit of further education in a country he was uncertain about.

He was admitted in spring 2018 into the MBA program at Sul Ross state university in the United states, an institution recently listed by Niche as one of the best public universities in Texas.

Abiola’s major desire was to acquire an in depth training in business and management, in order to help take his emerging start up brands; BlackNBold Fashion House and the Nigerian Student Fashion And Design Week to the next level.

The Nigerian Student Fashion And Design Week which he founded in 2013 is the first visible fashion showcase platform for discovering new fashion talents in Nigeria, the event in its 7th edition has promoted over 300 emerging fashion brands and just last year, he collaborated with African Fashion Week Houston by bringing one of the prize winners from his NSFDW event to showcase in Houston.

He was recognised in the Uk in 2017 as one of the top five fashion promoters in Nigeria.

He is the only International student amongst the thirteen inductees who were inducted on the 29th of April 2019 into the Delta Mu Delta honorary society, making him the second Nigerian in the history of the University to be inducted into the prestigious society.

Later that night, Abiola was also recognised during the honours convocation for being the most outstanding MBA student at the University with a 4.0 GPA setting  a whole new record as an international student in the University. 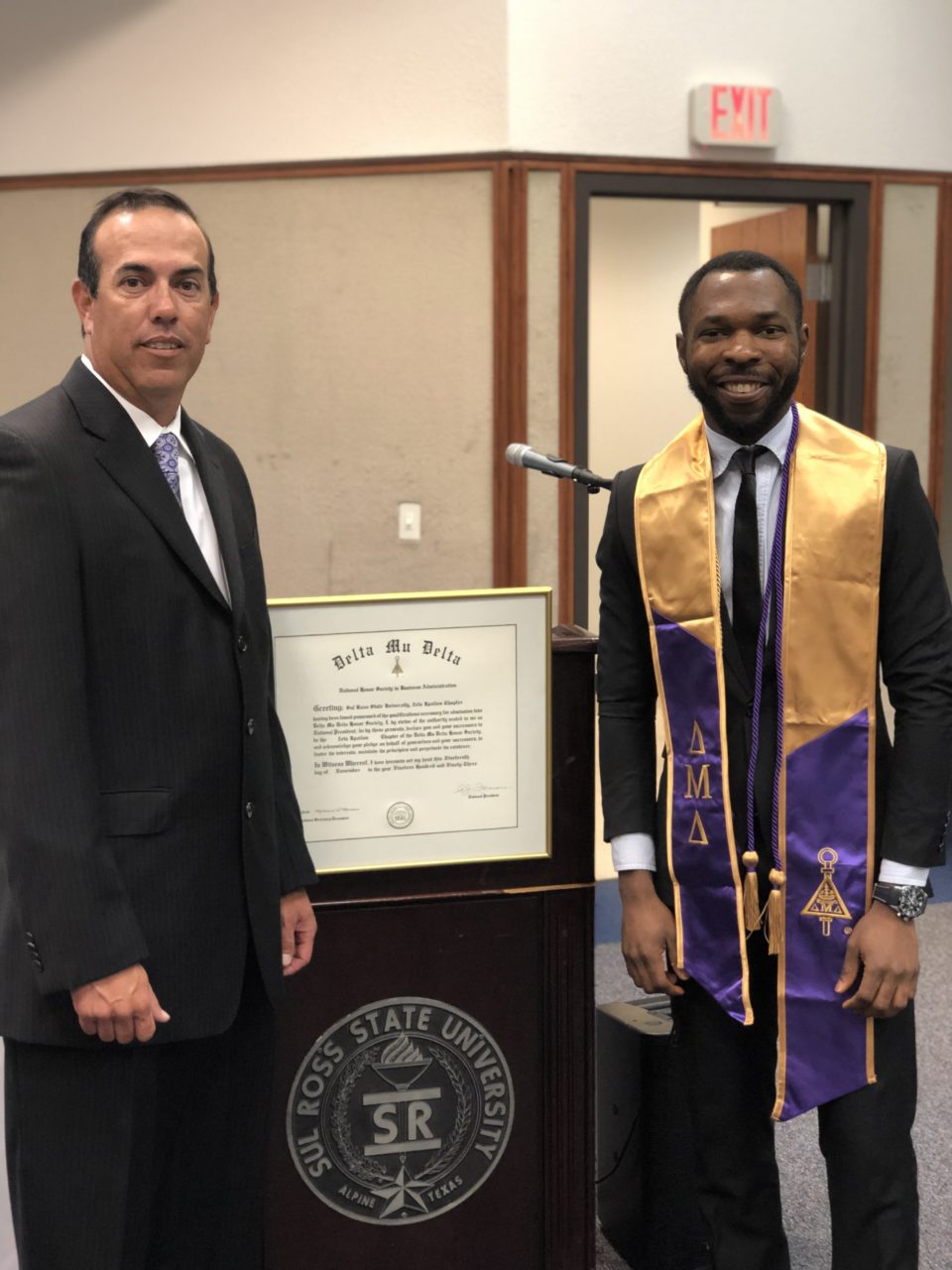 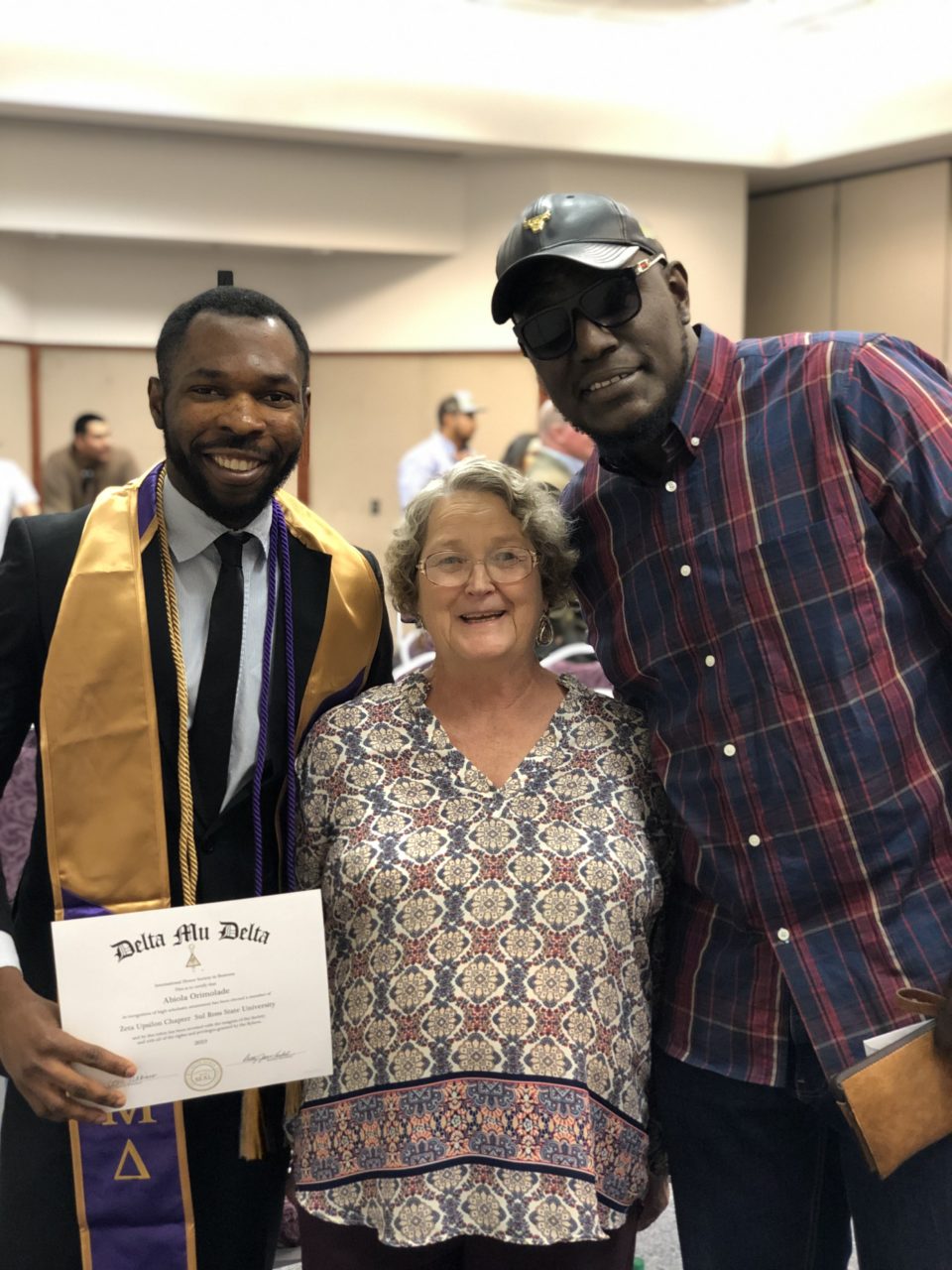 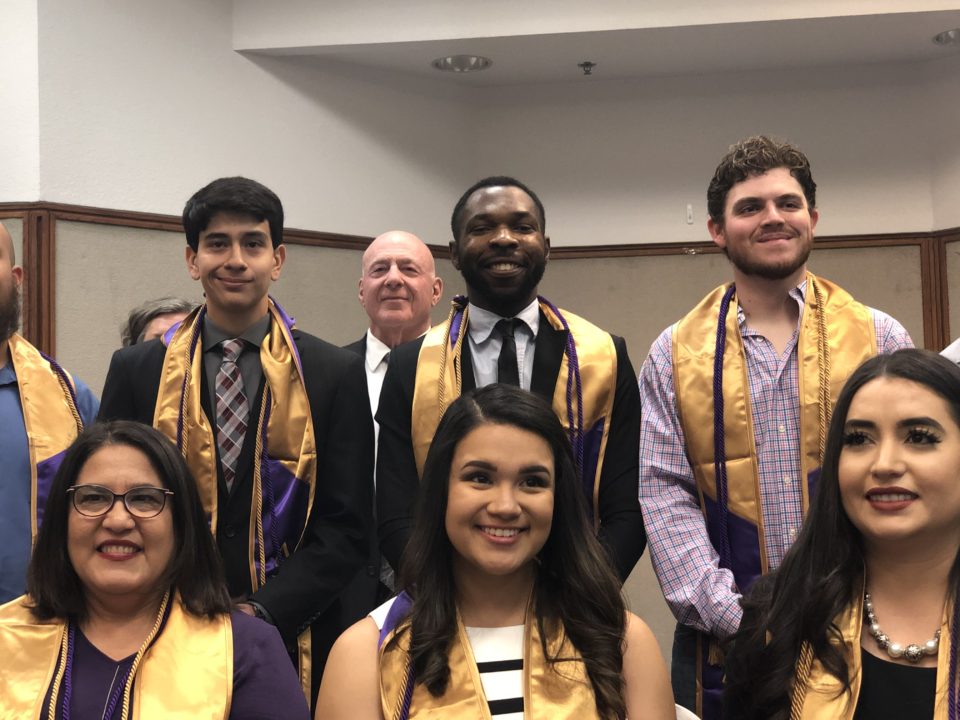 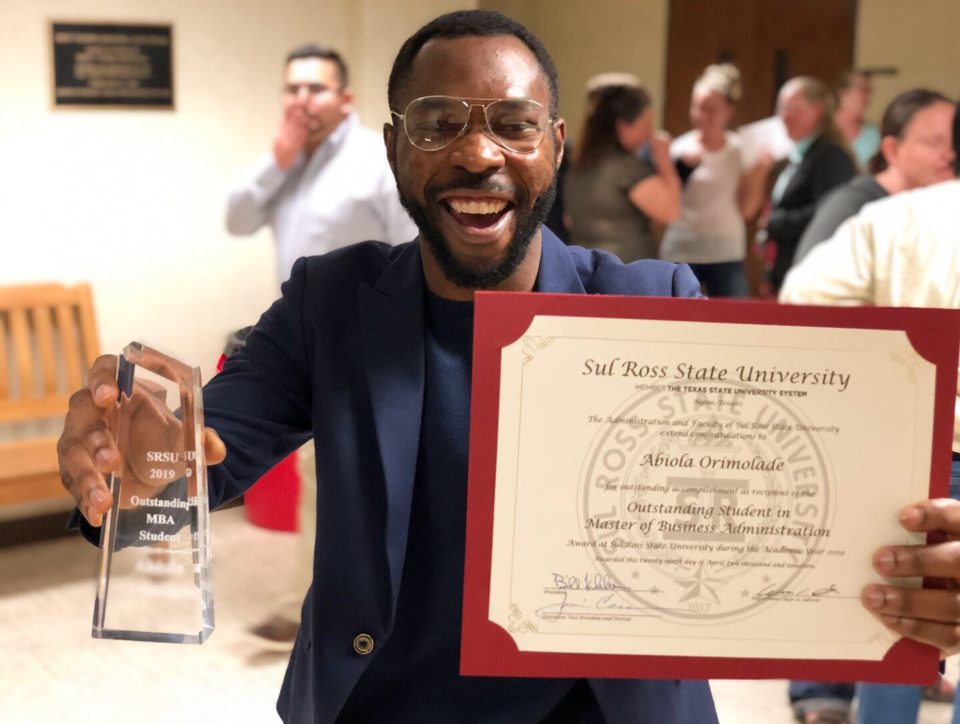