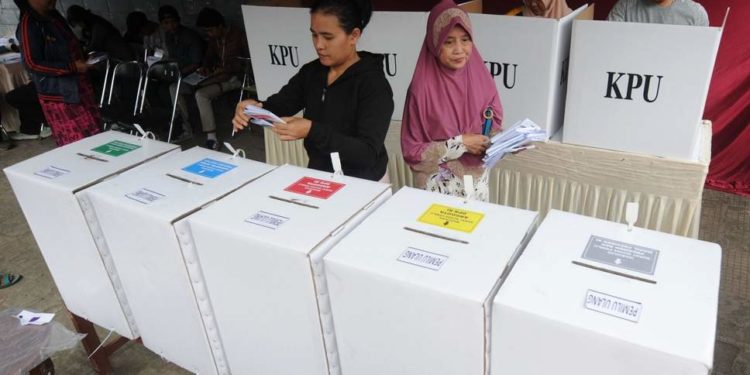 Over 270 election staff have died from overwork-related illnesses in Indonesia as the country hits the polls earlier in the month.

Another 1878 have been hospitalised after the election in the country, which is regarded as the third biggest democracy in the world.

Over six millions election workers were involved in the elections, which was made complicated when the Presidential and Legislative election were scheduled for the same day.
Indonesia has over 192 million people, spread across 17,000 islands eligible to vote in more than 800,000 polling stations.
The workers, according to General Elections Commission chief, Arief Budiman had died due to overwork and the added pressure of delivering the election results timely. He ultimately blamed it on the decision to hold the the Presidential and Legislative election on the same day.
Early results shows that incumbent, President Joko “Jokowi” Widodo has won a second term in office, although long term rival, and opposition candidate, Prabowo had claimed alternative polls by his own team showed he was in the lead.
Final official results will be announced by May 22.

‘I Am Responsible’, Zidane Apologizes After Real ...