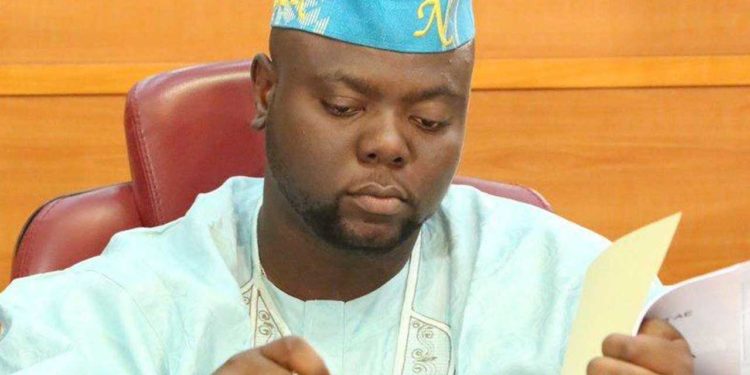 Olorunrinu, who lost his re-election bid to APC candidate, Mrs Mojisola Alli-Macaulay, in March 9 House of Assembly election, in a statement he decided to join the APC based on the need to take Lagos State to the next level.

“I will like to appreciate Mr Speaker for his continuous act of service to my constituency. This explains the magnanimity of Mr Speaker.”

In the 2015 elections, the PDP won eight seats in the House, but seven defected leaving only Olorunrinu as the sole opposition in the house.

“Permit me to say this in this hallowed chamber that the PDP have been discovered by my humble self, as a party that is not to be reckoned with.

“That’s the more reason why I said to myself that we must start from here and preach the good news of APC. I want to say a very big thank you to Mr Speaker for accepting me,” Olorunrinu said.

The speaker commended him for doing so and welcomed him to the party.

“I thank you for making the decision at last. We welcome you into our midst as members of APC in the House of Assembly.

“You have always been part of us save the fact that you refused to dump the leaking umbrella but today you have decided, I welcome you on behalf of our party.

“I want to thank you for lending your voice to what have been our position from quite sometime that the best party in Nigeria today is APC.

“So there is nothing to gain from PDP, for realising this, I congratulate you.

“Distinguished colleagues, we are now 40 members of APC. Thank you for joining us,”

Arsenal’s Denis Suarez Out For The Rest ...

Virgil van Dijk Not Thinking About The ...