Norwish City Return To The Premier League After Three-Years Absence 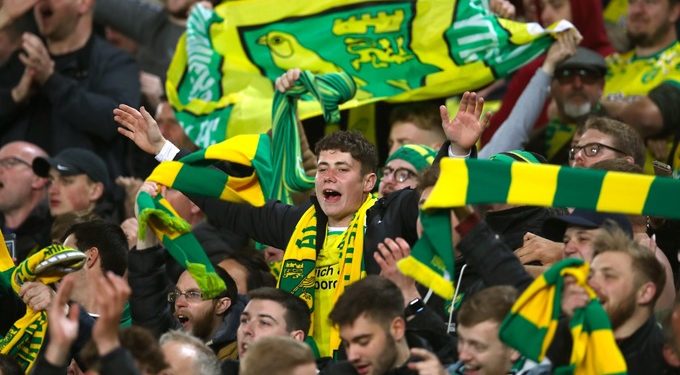 Norwich City has secured promotion to the English Premier League after a three-year absence with a 2-1 win at home to Blackburn Rovers on Saturday.

With only the top two getting automatic promotion, the Canaries knew a point would be enough to secure promotion back to the Premier League.

They went ahead in the 13th minute through Marco Stiepermann, and doubled their lead in the 21st minute after Mario Vranic’s strike from 25 yards nestled in the top corner.

Blackburn pulled one back two minutes later as they threatened to spoil the party but Norwich held on for a return to the Premier League.

Sheffield United have also all but assured themselves of promotion with a 2-0 win over local rivals Ipswich.

Leeds now look likely to settle for the play-offs with the teams finishing third to sixth battling it out for the final promotion place.

At Least One Dead In Synagogue Shooting ...