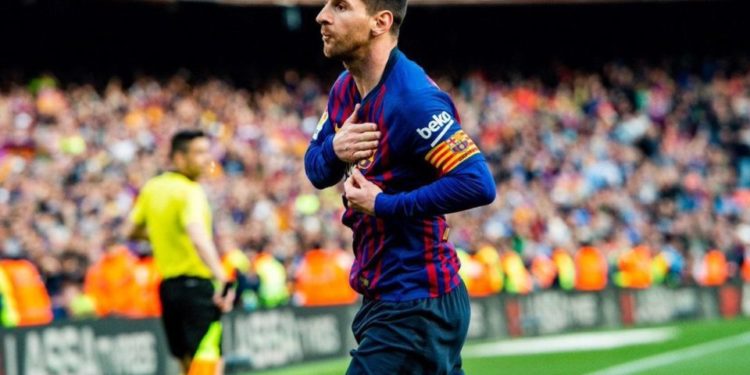 Lionel Messi scored a brace in the second half  to help his team continue their march to the La Liga title with a 2-0 win over Espanyol.

Espanyol gave Barcelona a run for their money but a second half freekick and a late second by Messi ensures the champions go 13-points clear at the summit of the league.

Messi is the runaway leader on the La-Liga scoring chart with 31 goals, 13 more than teammate, Luis Suarez, who is second on the chart.

Barcelona couldn’t convert their chances early on as they spurned half-chances, until Messi rose up to the occasion.

The Argentine first broke the deadlock with a chipped freekick before taking the game beyond the visitors in the 89th minute after Malcom ran clear on the breakaway, before cutting the ball across for him.