Onnoghen Suspension Is A Coup Against Judiciary – NBA 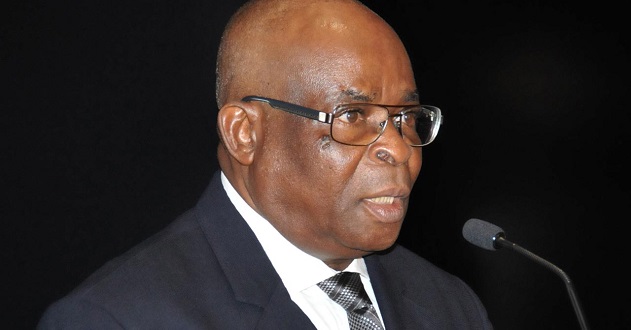 The Nigerian Bar Association has described Friday’s suspension of Walter Onnoghen as Chief Justice of Nigeria and the appointment of Tanko Muhammed as an outright coup.

In a statement released on Friday, the body rejected Mr Onnoghen’s replacement with another Supreme Court justice, Ibrahim Tanko, and called on President Muhammadu Buhari to immediately reverse the suspension to avert a constitutional crisis.

Read the NBA’s full statement below:

COUP AGAINST THE NIGERIAN JUDICIARY AND
SUSPENSION OF THE NIGERIAN CONSTITUTION
1. The news media has been awash this evening with the news of the purported
suspension of the Chief Justice of Nigeria, Honorable Mr. Justice Walter S C
Onnoghen, GCON by President Muhammadu Buhari, GCFR and the swearing in of
Hon Justice Ibrahim Tanko Mohammed as the acting Chief Justice of Nigeria. We
are told that this was pursuant to an Ex-Parte Order that was issued by the Code of Conduct Conduct Tribunal on Wednesday, 23 January 2019.

constitutional authority and powers and prevent this slide into chaos and erosion of the Rule of Law.

Trump Caves In To Democrats, Agrees To ...