North Korea Says It Will Not Denuclearize Until US. Eliminates Nuclear Threat 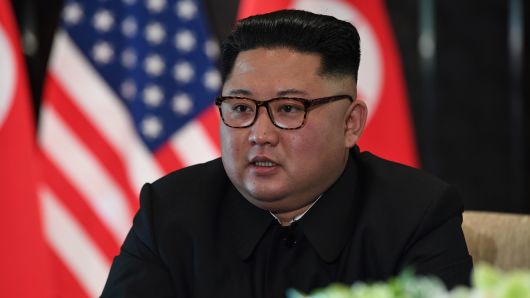 North Korea has said it will not give up its nuclear arms until the US. eliminates its nuclear threat to Korea.

The statement was made by North Korea’s Korean Central News Agency and it shows the two countries are quite far apart from reaching an agreement on the denuclearization of North Korea.

In June, President Trump met North Korean leader Kim Jong Un and Trump came out to say that the two countries agreed to “complete denuclearization” although there was no agreement in place to specify how that would happen.

North Korea has now come out to say that any agreement will also include the “the denuclearization of the Korean Peninsula” includes elimination of not only the North’s nuclear arms but also “the United States’ nuclear weapons and other invading forces in South Korea.”

“If we lay down our nuclear weapons first, that is not denuclearization, but putting ourselves in a defenseless state,” continued the commentary. “This will apparently shatter the balance of strategy of nuclear forces, as well as bring about a nuclear war.”

The latest development can also deepen the divide between North and South Korea as South Korea has been pushing hard to keep talks going. They are the closest to North Korea and it is believed that South Korea is one of the first targets should North Korea choose to use its nuclear power.

Why Trump has said the US. plans to hold the another summit in January, North Korea has not responded to call to resume after the country also cancelled a meeting last month.