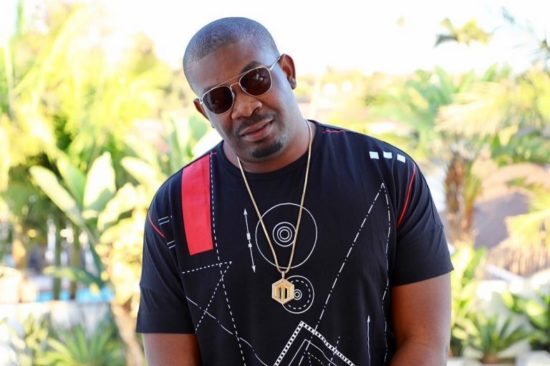 How many times have you heard that in one of your favourite songs? Yeah, you can’t count. That shows how many hits Don Jazzy has had over the years, starting from his Mo hits days when he redefined the role of the producer from a mere studio producer to a collaborator with more visual representation.

And he has given us some of naija’s best pop culture moment – from the Booty Call to Eminado; and from an unknown producer to Industry heavyweight.

Perhaps his biggest accolade is his contribution in the production work to Lift Off, a track on Jay Z and Kanye West’s Grammy award-winning album, Watch the Throne

For the culture, here are his top songs:

Not long after founding Mavin records, Don Jazzy came out with this song that took over the airwaves and became a massive hit. Definately one of his bigger songs in a catalogue filled with hit songs. The song also introduced to Mavin crew to a more mainstream audience and as a label that deserved attention, and Don Jazzy, as a producer at the top of his game.

Surulere: Another of Don Jazzy’s masterclass – this time, with a message. Beyond the great deep lyricism of the song, what took it to the next level was Don Jazzy’s midas touch and his signature brilliance was written all over it.

The funeral arrangements for late popular On ...