Wizkid and Tiwa get “intimate” in his new video 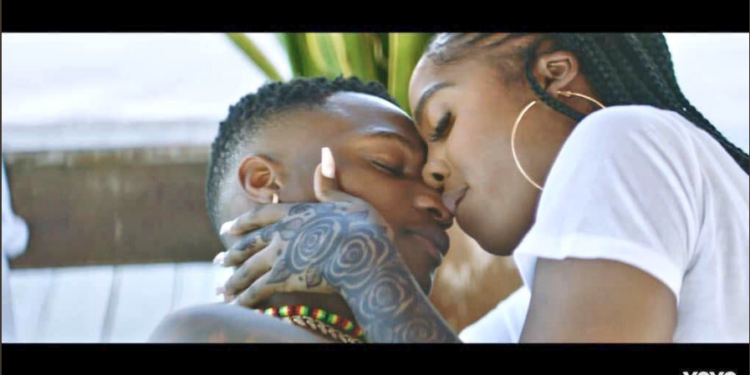 Stew everywhere!!!! Looks like Wizkid aka Starboy, has kinda finally opened up about his relationship with the popular singer, Tiwa Savage. The Soco singer released two singles last week, Fever and Master Groove, and he released a video for Fever today. The video featured popular “sugarcane” singer, Tiwa Savage. The two got really up close and touchy in the video which makes you wonder if the rumour about them “being an item” is actually true. Fans went crazy on social media after the video dropped. Here are some reactions-

Teebillz might be the one who directed this Wizkid Fever Video. This is entertainment Industry. They want us to talk about them. They will do anything to achieve that. The earlier you know this, the better for you. Stop overworking yourself. pic.twitter.com/LvdyzOv8hT

Just saw Tiwa and Wizkid’s Fever video. At 1st I thought Tiwa featured on the song but alas! She never sang.
The video intentional had Tiwa to cause controversy but the chemistry looked more than just being professional to me ?????
Donjazzy allowed ‘it’ and TeeBillz will be mad?? pic.twitter.com/2D9HqBadQP

The sexual Chemistry between Wizkid and Tiwa Savage is so palpable and was thoroughly accentuated in this new Fever video by Wizkid.

Quite surprised that Tiwa was just a Video Vixen in the video,such is the depth of this romance and I am positive this ain’t the END of the drama

Here is a sneak peek of the video –

The sexual chemistry between the two celebs had us going crazy. We’re still patiently waiting to find out more.

Music Review – Money by Cardi B