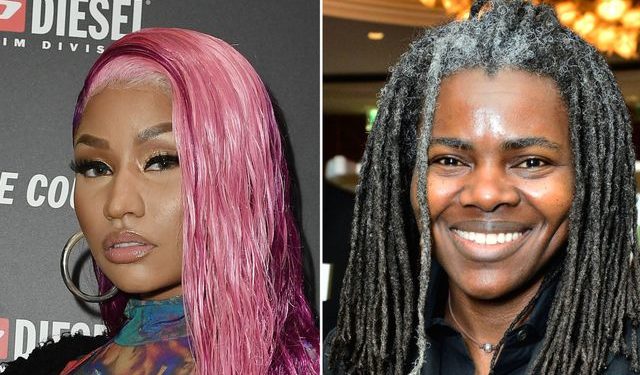 Popular rapper, Nicki Minaj is being sued by American singer,Tracy Chapman for using a sample of one of her songs without permission.The rapper has been accused of incorporating the lyrics and vocal melody of Chapman’s 1988 single “Baby Can I Hold You” into her unreleased track Sorry.

Chapman has filed a copyright infringement lawsuit in a federal court in Los Angeles.
The lawsuit claims the singer repeatedly turned down a series of requests to allow Minaj sample the song for her fourth album Queen.

In the end, Sorry was not included on Minaj’s album. But Chapman alleges in the suit the rapper gave it to a DJ who played the song on a New York radio station and posted it to his social media accounts in August.

The singer has demanded unspecified damages and is seeking to prevent Minaj from releasing the track commercially.