The Arabian Business is a weekly business magazine published in Dubai and focusing on the Middle East. The magazine is aimed at the English- and Arabic-speaking communities and is published in both languages.
Huda Kattan’s business, is valued at over $1bn; a stunning line of beauty products, 26.9 million passionate fans watching her every move on Instagram, another 2.45 million subscribers to her Huda Beauty YouTube channel, and over nine million viewers for some episodes of her reality show, Huda Boss on Facebook Watch.

Huda has been named by time magazine last year as one of the world’s 25 most influential people on the internet. 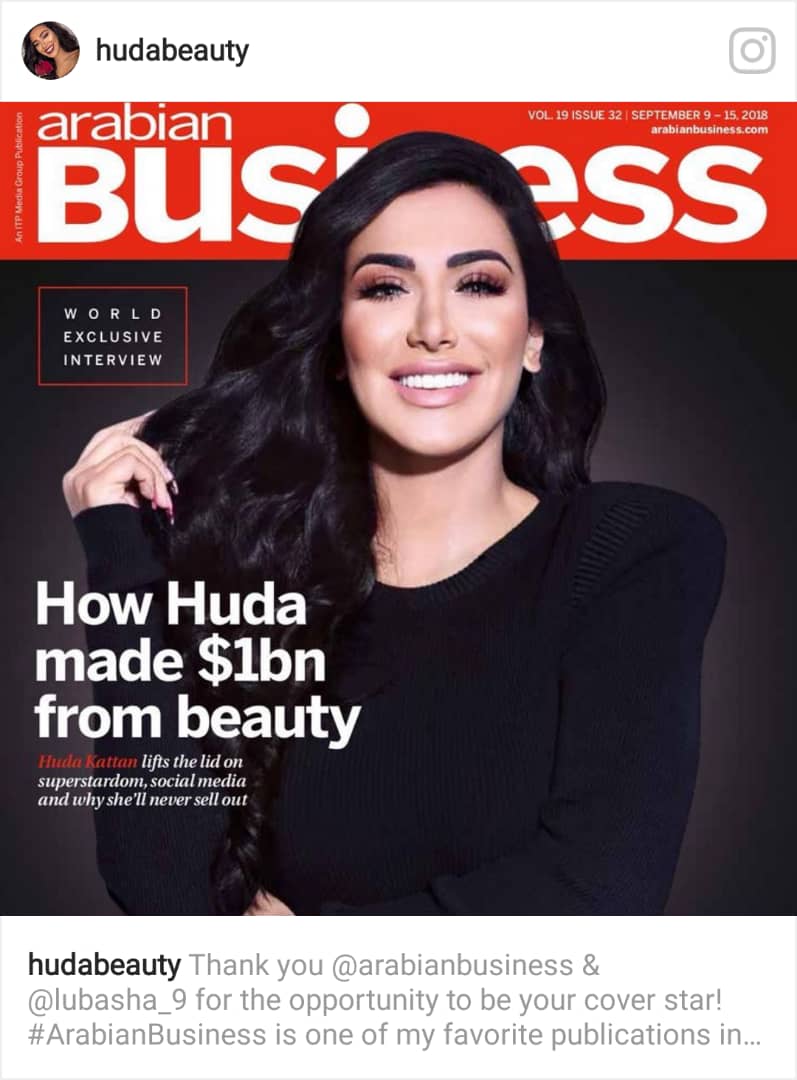 Sharing a picture of the magazine cover, she took to Instagram to say:
“Thank you @arabianbusiness & @lubasha_9 for the opportunity to be your cover star! #ArabianBusiness is one of my favorite publications in the Middle East. “