Actress and Blak-ish star, Jenifer Lewis walked the Emmys Red Carpet dressed in a red and black sweatshirt with Nike logo, black leggings and sneakers which she said was custom made.

Explaining the reason behind her choice of dress, Lewis said she wore it as a means of thanking fashion brand, Nike and NFL star, Colin Kaepernick. 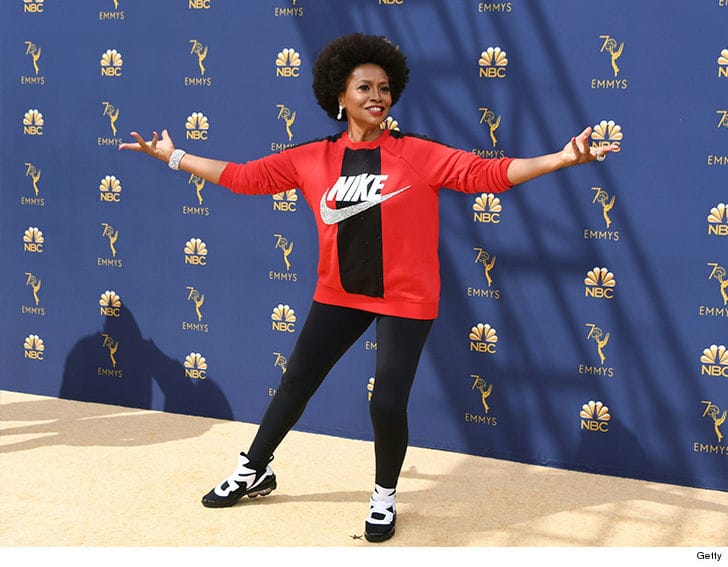 “I am wearing Nike to applaud them for supporting Colin Kaepernick and his protest against racial injustice and police brutality.”

“I was actually swimming the other day, and I was like, ‘What can I do? What can I do that’s meaningful?'” she said.

“I’ll wear Nike to say thank you. Thank you for leading the resistance. We need more [of] corporate America to stand up also. These are not dark times, these are awakening times. And we all have to wake up.”