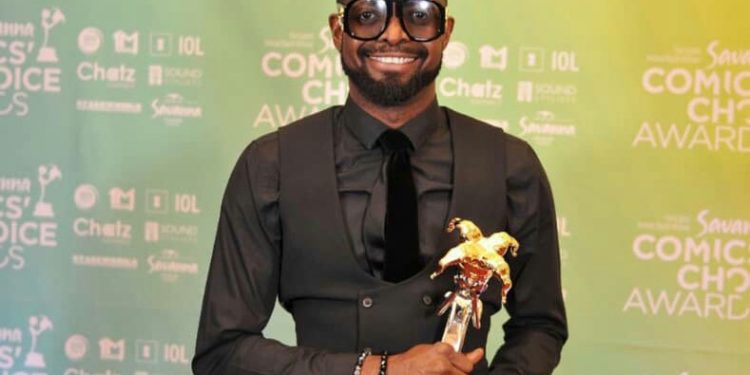 Popular Nigerian comedian, Bright Okopocha better addressed by his stage name Basketmouth has once again bagged the Pan-African Comic of the year award. 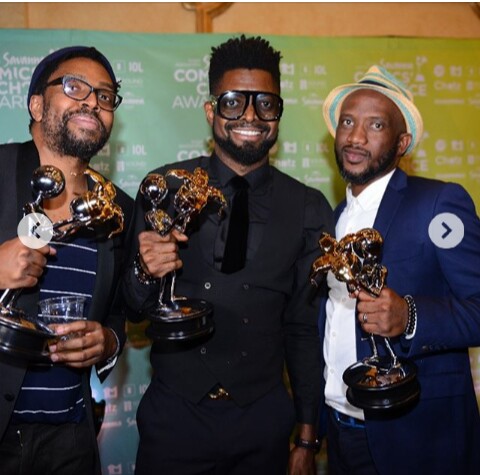 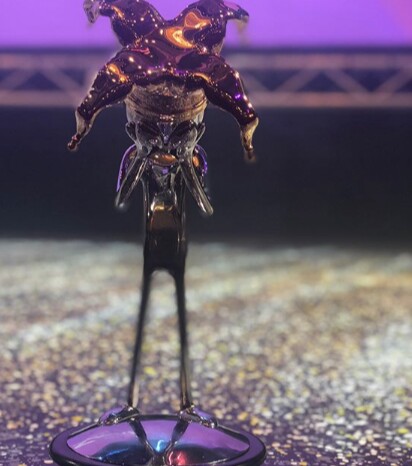 The comedian took home the prestigious award at the 2018 Savanna Comics’ Choice Awards that took place at The Lyric Theatre, Gold Reef City in Johannesburg, South Africa.
Basketmouth was nominated alongside other talented comedians like Carl Joshua Ncube (Zimbabwe), Kansiime Anne Entertainer (Uganda), Salvado (Uganda) and Charles Manase (Botswana), all of whom were flown to South Africa and hosted by Savanna and the awards teams.

This is the second consecutive time the comedian will bag the award after he became the first-ever recipient of the Savanna Pan-African Comic of the Year Award in 2017. 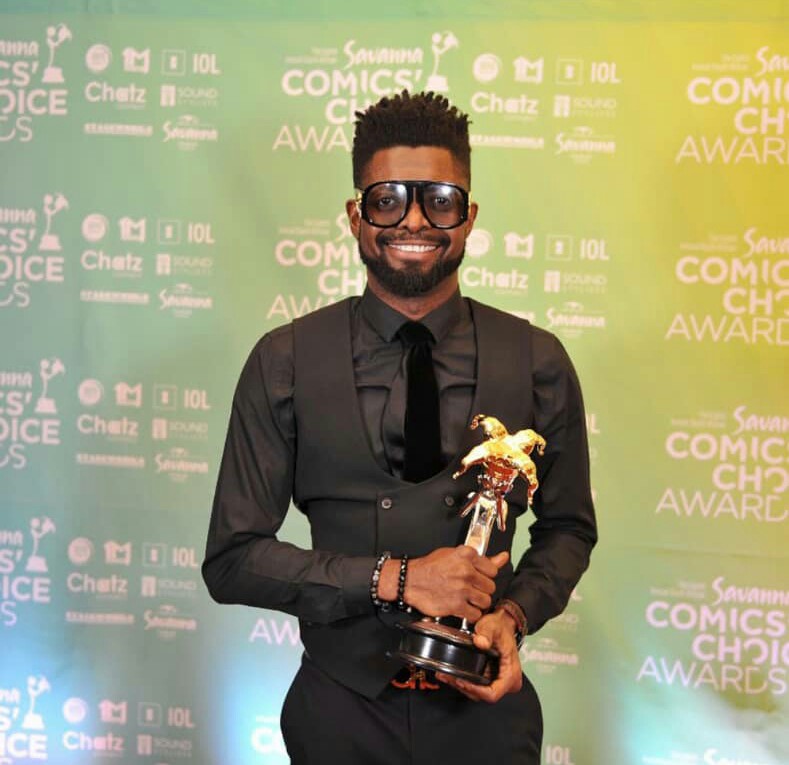 Comedian Basketmouth, who was excited at his recognition, wrote on Instagram: “Thank you @comicschoice @savannacider for this….I truly appreciate you guys, and to all my peeps that voted for me. You guys rock. #SavannaCCA #Back2Back.”

After Promising To Build Schools In Africa, ...