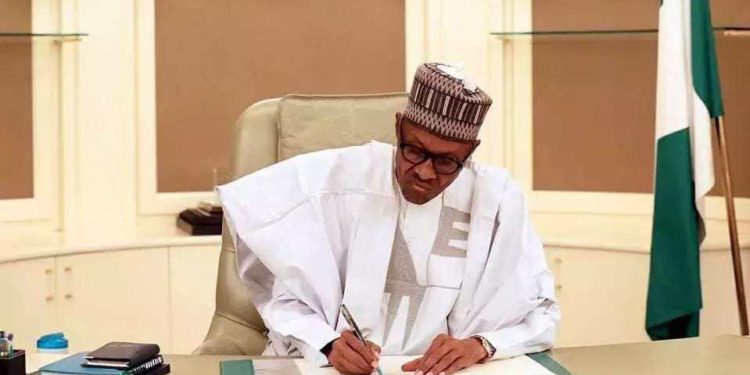 The Presidency has rejected to allegations by opposition politicians, as well as some newspaper editorial opinions, that creates the impression that President Muhammadu Buhari is against e-voting – the use of card readers in the upcoming elections, hence his decision to decline assent, for the third time, to the Electoral Act (Amendment) Bill 2018.

This was disclosed in a statement by presidential spokesman, Garba Shehu who insisted that the issue of e-voting and use of card readers was NEVER an issue for the President’s decision to decline assent to the Bill.

“It is equally important that this issue was not raised either by the Executive or the Legislature in the recent reviews. Moreover, the Independent National Electoral Commission (INEC) adoption of e-voting reforms is enshrined in the 2015 Amendment Act to the Electoral Reform Act. Card reader is therefore a settled matter.

“The President’s recent decision to decline assent to the Bill has no effect whatsoever on INEC’s use of card readers.

“Regrettably, purveyors of ‘fake news’ have been quick to churn out sensational headlines such as that of a leading newspaper, which screamed: ‘Card Reader in Jeopardy, Buhari Rejects Electoral Act Amendment Bill Again.’

“Unfortunately, most of the critics of the President, including the editorial of a national daily this morning read out parts of the letters, as made available by the Senior Special Assistant to the President on National Assembly Matters, detailing the issues that were of concern to the government.

“An issue has been raised by the President concerning some ill-prepared and flawed parts of the bill for which corrections needed to be made to allow for his signature.

“The President wanted engagement with the parliament for the corrections to be effected so that, at the end of the day, both arms of government will be happy with the fact that we have a good electoral law in place.

“The President is not in confrontation with the parliament on this issue. He has asked his officials to dialogue with the legislature for the corrections to be effected.

“As for his alleged rejection of the card reader, nothing can be farther from the truth.

“The President is the country’s number one fan of the card reader. For a candidate who ran three times and ‘lost’ in an electoral environment in which votes were allocated and losers asked to go to court if they felt unhappy, the President knows fully well the role that the card reader played in his emergence in 2015.

“He has said times without number that he would strengthen and widen its application in the country and this, he is determined to do.

“Accordingly, we would like to appeal, especially to the media to disregard baseless allegations against the President, even as he puts in his best efforts in working with the National Assembly to give the nation a good electoral law, and in time.

“The card reader is not in danger of being discarded. It is a sine qua non for credible elections.

“We appeal to the National Assembly to reconvene as soon as possible to consider and approve the necessary corrections to the amended electoral act.”